Politico’s Jim VandeHei and Mike Allen Are Stepping Down (UPDATED) 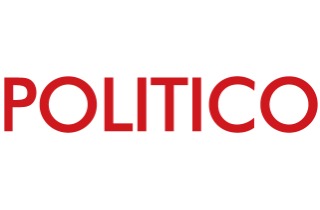 Multiple reports tonight are saying that some of the biggest names at Politico are getting ready to step down.

In news broken by The Huffington Post and supplanted by CNN’s reporting, Politico cofounder and CEO Jim VandeHei will be leaving in 2016 for what’s being described as a major shakeup for the news organization in a presidential election year.

Additionally, the reporting says that Mike Allen, who runs Politico‘s Playbook (considered a must-read for all the big names in D.C.), may be departing as well, along with COO Kim Kingsley.

The departure reportedly stems from tensions between VandeHei and Politico owner Robert Allbritton over money and the future of the news organization.

UPDATE –– 7:33 pm EST: VandeHei confirmed the news in a memo tonight. He is leaving along with Allen, Kingsley, Roy Schwartz, and Danielle Jones. Here’s part of what he had to say:

This change will not be abrupt. I will be here until after the election to help with the transition, throwing myself into expanding POLITICO and thinking ambitiously about our newsroom and journalism…

We believe more firmly than ever that talented people, with the right work ethic and values, can change the world if they possess the self confidence to try and humility to learn. Greatness, in a business setting, is not one or two people doing the impossible. It’s the right group of people with distinct skills coming together at the right time to bring the right idea to life.
Together, we did this. We created one of the most respected and feared brands in journalism – and one of the few with a business model based on real results, not mythology or hope. Our editorial and business formulas, culture and management approach work and scale exceptionally well.