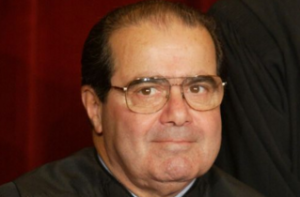 Facts get a bad rap. Often seen as boring and straightforward, facts tend to get pushed aside in favor of embellished stories. Sometimes, though, the truth can be as compelling and touching as any fiction.

Politifact knows that. They spend their days checking the veracity of statements and it has to get tedious, but when they fact-checked a comment from late-night host Stephen Colbert today, what they were really doing, in their own little way, was their version of a tribute to the late Justice Antonin Scalia.

As we reported a few days ago, Colbert did his own tribute to Scalia on February 15, saying, “People have actually broken down the transcripts of oral arguments and he told more jokes and got more laughs than any of the other justices.”

As they do, Politifact decided to dig deep on that one statement, which paints a self-aware and humorous portrait of Scalia that echoes the descriptions of others. What they found was that break-down Colbert mentioned.

Whenever an oral argument received laughter, court reporters took notes. During every term, Scalia got the most laughs.

“Justice Scalia was a brash questioner and would say things people didn’t necessarily expect, which helps account for his laughs,” said Jay Wexler, a law professor at Boston University and the first person to begin counting in-court laughs.

He was also widely regarded as the most sarcastic justice.

In perhaps the most touching way that the writers at Politifact could, they finished their report as they always do: