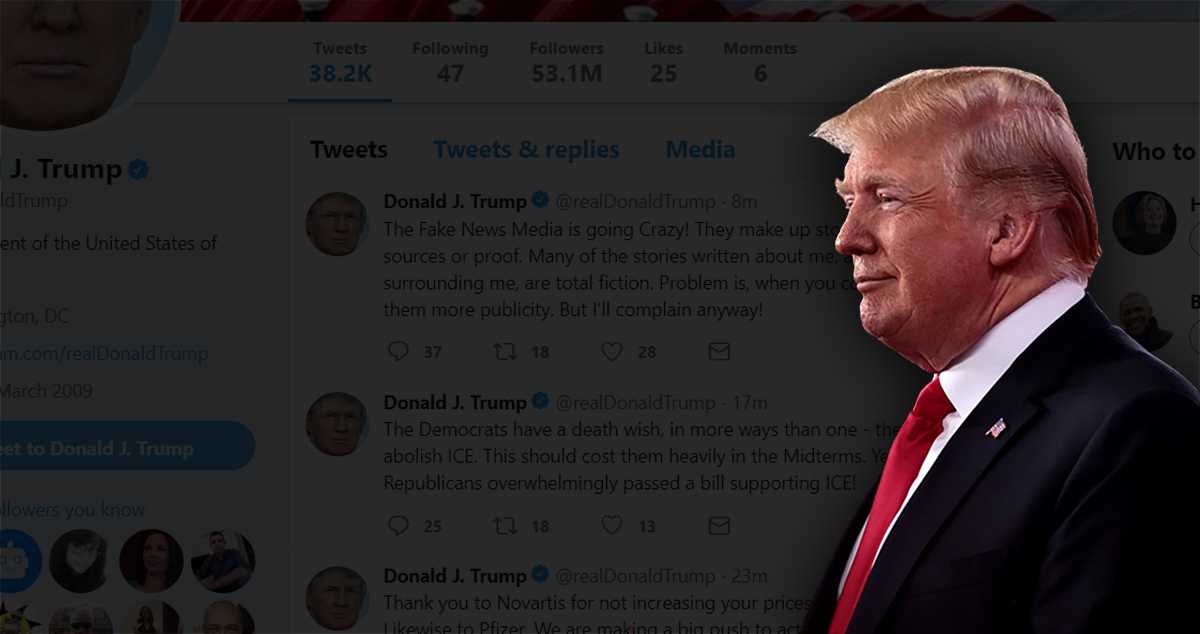 President Donald Trump started Thursday off with a bang, although not necessarily a clear one, as he accused Democrats of a death wish and complained about complaints first thing on Twitter.

It’s not entirely clear what “death wish” is supposed to mean here, but apparently it has meaning in “more ways than one,” including the dumb democrat “abolish ICE” groaning and the midterms too. Trump pointed out that Republicans passed a bill supporting ICE on Wednesday and suggests that democrats pay the price at the ballot in November for not.

The Democrats have a death wish, in more ways than one – they actually want to abolish ICE. This should cost them heavily in the Midterms. Yesterday, the Republicans overwhelmingly passed a bill supporting ICE!

That message was followed quickly by a second on the favorite topic Fake News Media, which he said is “going Crazy” with a capital “C”, exclamation point. He said they make up stories which are “total fiction”, which is the escape hatch he always offers for fans and supporters who can’t reconcile something like kowtowing to Russia with their image of the cowboy fighter man of the people America first boss they want to believe in. They can simply say the media makes up whatever it is they don’t like and then carry forward.

The Fake News Media is going Crazy! They make up stories without any backup, sources or proof. Many of the stories written about me, and the good people surrounding me, are total fiction. Problem is, when you complain you just give them more publicity. But I’ll complain anyway!

Complaining about something only gives it attention, says the President, about whom the media complains every minute of every day.

The President followed up a few minutes after this article was posted with a second tweet about the Fake News Media, saying that the media wants a “major confrontation” with Russia.

The Fake News Media wants so badly to see a major confrontation with Russia, even a confrontation that could lead to war. They are pushing so recklessly hard and hate the fact that I’ll probably have a good relationship with Putin. We are doing MUCH better than any other country!

That is the Tomi Lahren talking point from a few days ago.