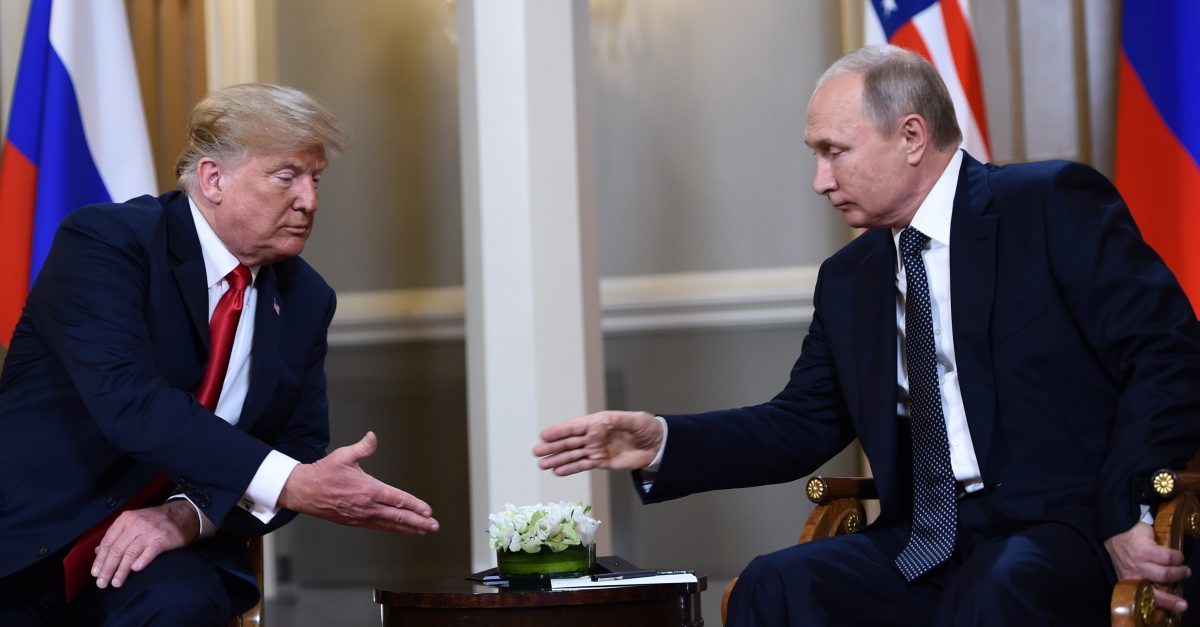 Time Magazine has been on a roll lately in terms of coming up with provocative covers critiquing Donald Trump.

As the president continues to be wishy-washy about whether or not he actually accepts the intelligence community’s assessment about Russia, Time has come up with the inevitable reaction to his summit with Vladimir Putin.

TIME’s new cover: Trump wanted a summit with Putin. He got way more than he bargained for https://t.co/sUu9gGKmmP pic.twitter.com/qq6iOjlis1

That…scariness you saw up above is the fusion of the American and Russian presidents.

Trump is still touting the Helsinki summit while slamming his detractors, he’s still taking a lot of flak for how he’s trying to go back and forth on whether Russia interfered with the 2016 election.

Trump said in his latest interview that he holds Putin accountable for what happened in 2016, but that came hours after Trump apparently said “no” to the idea that Russia is still trying to mess with American institutions. The White House insists he was actually saying “no” to questions, though some people find that hard to believe.