Protesters March Nationwide in Support of Mueller: 'Trump is Not Above the Law!'

Protesters March Nationwide in Support of Mueller: ‘Trump is Not Above the Law!’ 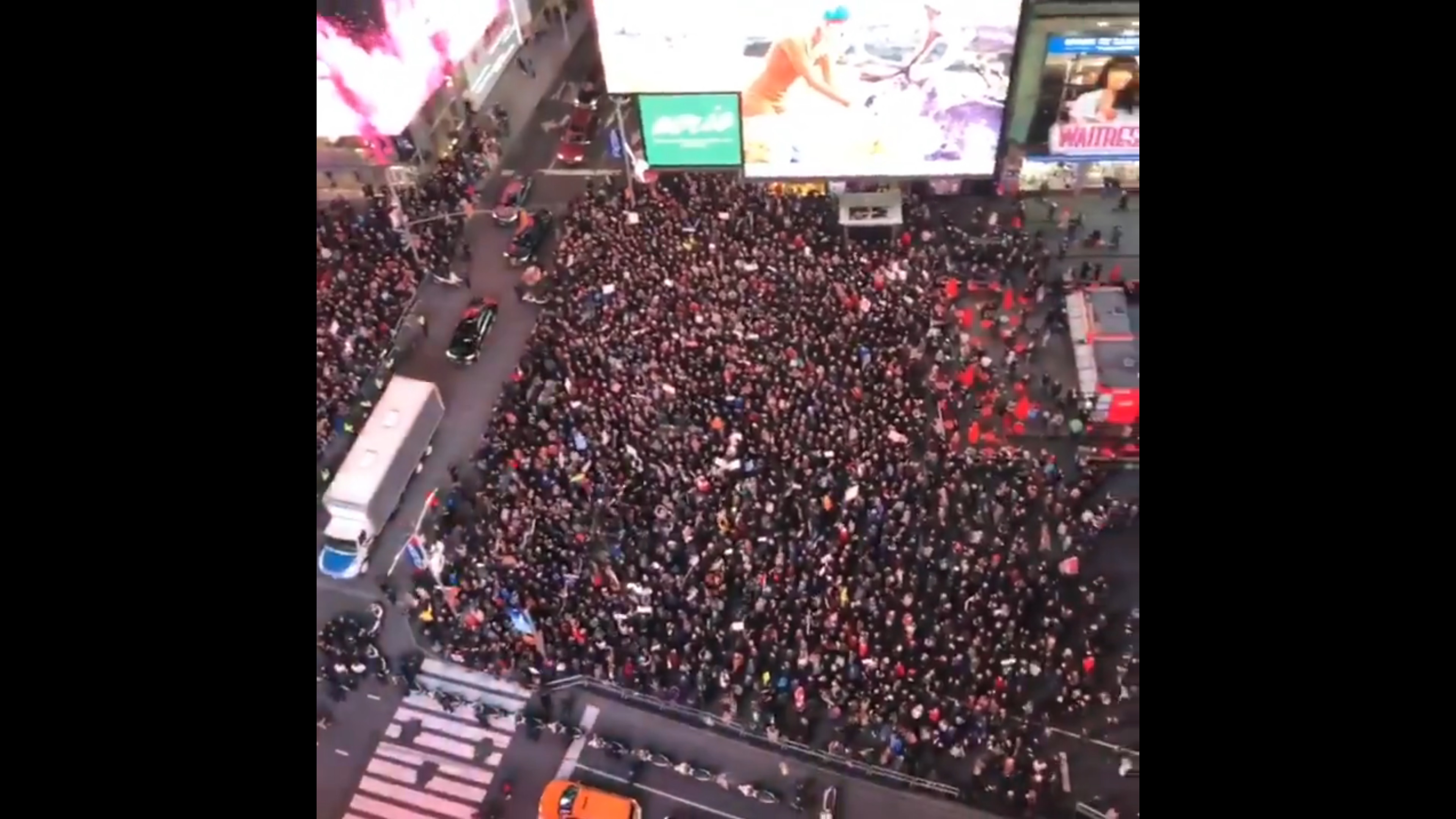 Footage of the Thursday demonstrations, which are being tweeted about with the hashtag #ProtectMueller, show crowds of marchers chanting “Trump is not above the law!”

According to sources who spoke with CNN, Mueller’s team has already begun writing the final report on the Russia probe. However, questions have been raised as to whether the investigation will be safeguarded from Whitaker, who has criticized it in the past.

Rallies were seen in New York City and Washington, D.C., reaching Boston, Chicago and other major cities as well.

According to an email sent out by MoveOn, which organized the day of action, the rallies are intended “to show that we won’t let Donald Trump become the authoritarian that he aspires to be.”

“The law applies to all of us, and it’s essential that it also applies to the most powerful people in our country,” it read.

Check out images of the demonstrations below:

We’re at the White House calling on Congress to #ProtectMueller. pic.twitter.com/3yNnTtn3Py

LIVE: Protests demanding the Senate #ProtectMueller break out across the country in over 900 locations. https://t.co/d2AFkUmDJs

#ProtectMueller protests have broken out nationwide, with crowds calling for the Mueller investigation to be protected after Pres. Trump fired the attorney general pic.twitter.com/tB7DHprGPl