Jim Acosta Isn't a Martyr, Because He Got What He Deserved
Opinion

Jim Acosta is No Martyr, He Deserved To Lose His Press Credentials 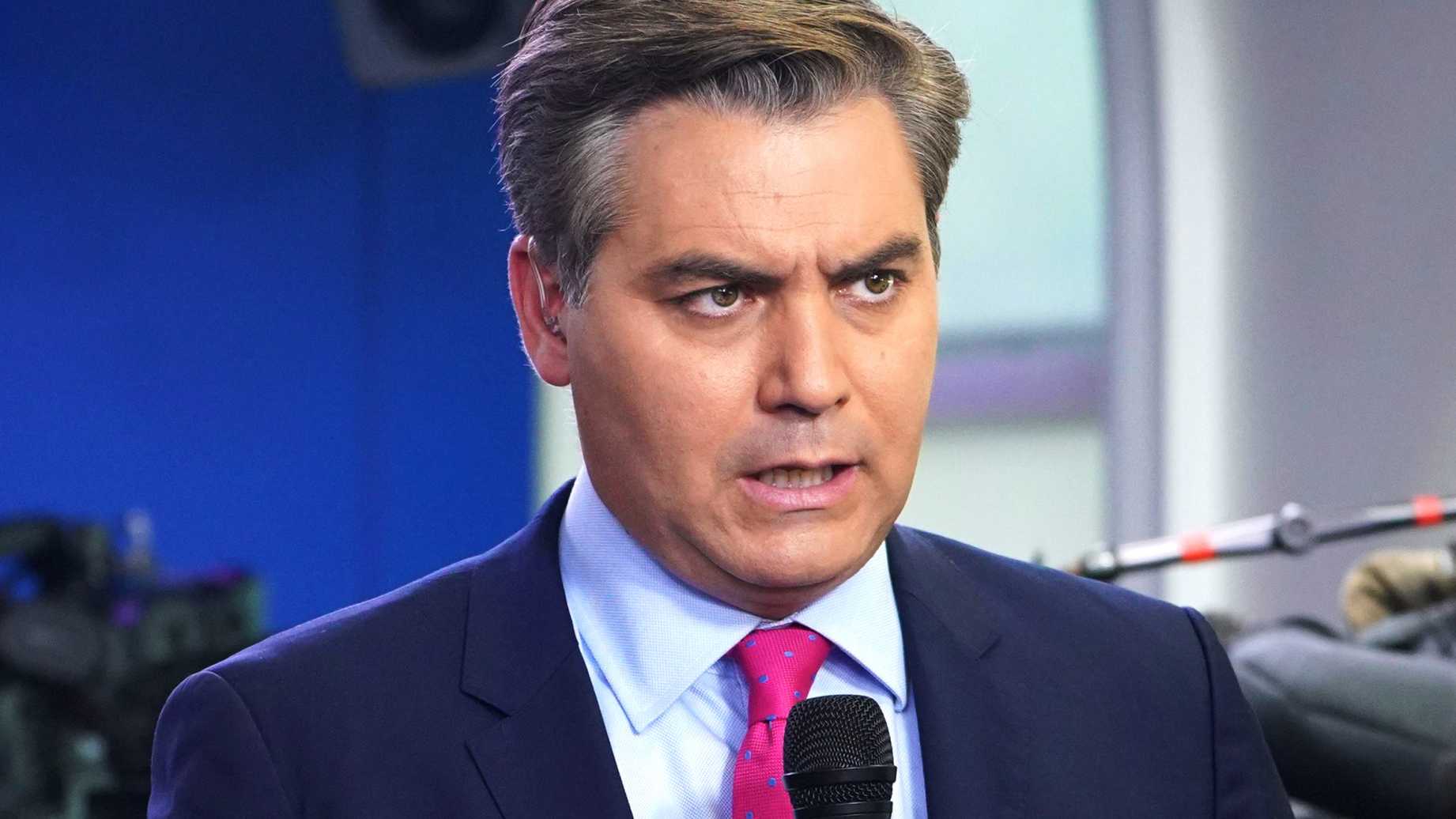 Yesterday was apparently the straw that broke the camel’s back.

CNN reporter Jim Acosta had his press credentials pulled after his latest battle with President Donald Trump. Their heated exchange began  when Acosta pressed Trump about calling the migrant caravan an “invasion” leading up to the midterms as well as the controversial ad his campaign released that was yanked by various networks. But as the president wanted to move on to other reporters, Acosta attempted to squeeze in a third question about the Russia investigation and while doing so got into a physical altercation with a female White House intern as he refused to hand over the microphone.

It’s extremely difficult for Acosta to portray himself as the victim here. Acosta was given almost a minute and a half of Trump’s undivided attention and instead of asking good questions chose to debate him yet again about policy. That wasn’t good enough for Acosta as he thought he deserved not one, not two, but three questions. And for him to wrestle with that young aide for the microphone was the act of a toddler than a professional journalist.

So the White House suspended his credentials, issuing the following statement:

“President Trump believes in a free press and expects and welcomes tough questions of him and his Administration. We will, however, never tolerate a reporter placing his hands on a young woman just trying to do her job as a White House intern. This conduct is absolutely unacceptable. It is also completely disrespectful to the reporter’s colleagues not to allow them an opportunity to ask a question. President Trump has given the press more access than any President in history.”

Let’s get the facts straight. Acosta did not “place his hands” on that White House intern as Press Secretary Sarah Huckabee Sanders has stated nor did he “assault” her a some in conservative media have claimed. That’s nonsense. And the doctored video that Sanders shared was meant to portray Acosta as some sort of woman abuser, which is completely absurd. It’s incredible that even when the Trump administration is on the right side of the argument, they still manage to botch it up.

Acosta deserved what he got. Not because his petulant game of tug of war over the microphone was an assault, but because his ongoing and utterly obnoxious behavior should no longer be tolerated in the press pool.

Throughout the Trump presidency, Acosta has built a reputation of grandstanding to the point that it had become an art form. Time after time after time after time, he makes a fool out of himself by shouting his questions and spouting what he believes is moral authority to both Trump and Sarah Sanders.

We should all want a press that holds our government accountable and to ask the tough, important questions, but Acosta isn’t just some “aggressive” reporter. We’ve seen plenty of Fox News reports hold the Obama administration’s feet to the fire, yet you would never see John Roberts or Kevin Corke confront President Obama with blatant hostility and then go on TV moments later and accuse him of bigotry, lawlessness, or authoritarianism. Meanwhile, Acosta expresses such animus towards this president on a daily basis. And it is abundantly clear that he has no interest in seeking answers. All he seeks is attention.

It brings a smile on his face to see himself trending on Twitter or find himself in a glowing puff piece portraying him as some sort of hero for the free press. And what other press pool reporter gets continuous invites on all the late night shows? He simply loves being a celebrity. And now, he gets drunk on the thrill of brawling with the Trump administration and making himself the story all while bathing in self-victimhood.

CNN has every right to defend its reporter, but in doing so echo Acosta’s open resentment towards Trump. Their first melodramatic statement called Trump’s latest jabs at the media “disturbingly un-American.” Then came CNN’s VP of Communications Matt Dornic‘s childish reaction to Fox News anchor Chris Wallace‘s harsh criticism of Acosta, calling the cable news juggernaut “State TV.” Finally, in reaction to Acosta’s credentials being yanked, CNN declared that such a decision was a “threat to our democracy.”

In other words, what they’re calling an apple is really a banana.

It’s not like CNN has lost access to this White House. Acosta’s colleagues Kaitlan Collins and April Ryan are still allowed in (for now, at least). So for them to treat this as an assault on the First Amendment is moronic. Their reporter is a buffoon who couldn’t handle platform he had.

It’s no surprise that NBC’s Peter Alexander stuck his neck out for Acosta at the press conference since the camaraderie among the reporters have probably strengthened under President Trump, but it’s hard to imagine none of them secretly being irritated by Acosta’s behavior, which only interferes with his peers who are just as eager to get called on. And what’s ironic about Alexander’s own question accusing the president of “pinning Americans against one another” is that a recent poll from Politico has shown that more Americans think the media has done more to divide the country than Trump. And when people watch Acosta go on these unhinged battles against the president or Sarah Sanders, their distrust in the media deepens.

Acosta has proven himself to be the most self-serving so-called “journalist” in the history of news media. The rest of us shouldn’t pretend that he is your run-of-the-mill reporter. He’s an activist who fails to leave his personal politics out of his work and every single day of the Trump presidency, he does an incredible disservice to actual reporters who still have a shred of journalistic integrity.