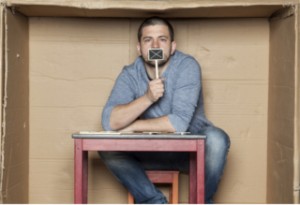 In a blog post published Tuesday on Psychology Today, Dr. Gregg Henriques outlines a theory of PC culture in universities, saying that it is grounded in “slave morality.”

Henriques, a clinical psychologist and author of A New Unified Theory of Psychology, borrows the schema and terminology of “master morality” and “slave morality” from Friedrich Nietzsche, in order to explain why he thinks politically correct culture on college campuses has evolved “into an oppressive righteousness.” PC, he writes, is “in many ways deeply misguided and incomplete and there is definitely a need to push back against it when it spills over into absurdity.”

“Slave morality,” Henriques writes, “is concerned with issues of justice, fairness and protection of the weak.” It is so-called “slave” morality because it emphasizes the marginalized and disenfanchsied — in a word, minorities. In slave morality, the “emphasis is on placed on equality, sensitivity and connection.”

However, what Nietzsche realized is that this is not enough to encapsulate all of morality. There must also be a vertical dimension to morality, one that emphasizes strength, courage, accomplishment, virtue and merit. […] This Nietzsche called master morality, […]

Political correctness, he writes, emphasizes equality and sensitivity, while simultaneously attacking and somewhat deemphasizing virtues of strength and merit and traditional authority structures, “sometimes to the point of rewarding and justifying a victimized stance.”

So, how to apply this to the real world? As you look out at the political spectrum, we can see that many progressive Democrats tend to focus on social justice issues from the vantage point of slave morality whereas many conservative Republicans think in terms of individual responsibility, merit and the achievement of power free of governmental constraints. Nietzsche’s formulation […] suggests that we do well to keep the dialectical tension between these two moral perspectives in mind.