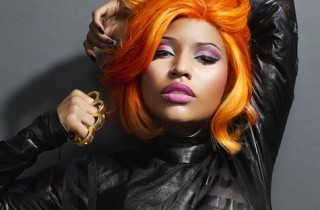 During her guest verse on Lil Wayne‘s new mixtape track “Mercy,” incredibly popular rapper Nicki Minaj dropped what many perceive as an “endorsement” of Republican presidential candidate Mitt Romney. “I’m a Republican voting for Mitt Romney / You lazy bitches is fucking up the economy,” she raps over a sample of Kanye West‘s hit single of the same name.

Many conservatives took to Twitter to either praise the rapper, express confusion over exactly who she is (or what is this thing we call “rap”), or seriously renounce her endorsement because of its vulgar nature.

Some others, however, expressed caution that this line may just be her adopting a persona for satire purposes.

Minaj has yet to respond to press inquiries about the lyric, but yes, it’s incredibly likely she was being sarcastic. Why? If anyone has listened to Minaj at all, they’d know that she adopts personae all the time, like “Roman Zolanski,” her gay twin brother that she claims lives inside her.

You may recall that many conservatives were “disgusted” by Minaj’s Grammy performance back in February — not because “Roman’s Revenge” is a godawful song, but because the spectacle was seemingly a jab at Catholicism and all that is good and right in the world.

But Minaj isn’t exactly “political” in any real sense, aside from a few tweets about the need for “free healthcare for all” and the fact that she once rapped about her attraction to the president (“Tell Michelle I got my eye on Barack Obama“).

I doubt Nicki seriously supports Romney. Her lyrics ain’t political. She just wants y’all to talk about her & she winning cuz it’s working!

Let’s just say that Minaj is prone to “shock value” and tongue-in-cheek, over-the-top impersonations designed to make herself laugh all the way to the bank.

And despite most people (hopefully) understanding that, some rabidly anti-Republican crazies came out of the woodwork to take shots at Minaj on Twitter, some calling her an “Uncle Tom” and others threatening violence against her:

UPDATE: A reader tipped us off that back in April, when the Guardian asked Minaj if she’d ever vote Republican, she responded in outrage: “Of course not!”

Listen to the track below. Line-in-question hits around 1:35 mark.