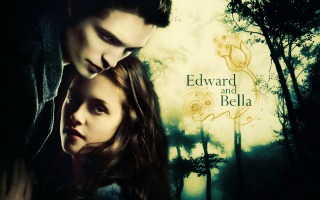 What Washington gained in Congressional Black Caucus chairman Rep. Emanuel Cleaver, the literary world most certainly lost. Politico has a great story up on Rep. Cleaver’s prolific and quite descriptive letter-writing — a pursuit that has gained him fans across the political spectrum as he waxes poetic on topics as diverse as undead teenagers and the easiest way to cook a frog.

Though he said he’s proud of all of them — he’s been sending them every week for about nine months now — one of his personal favorites leads off by dissing the tween vampire series “Twilight.”

“As my family and congregation are well aware, I am a monster movie maestro. In fact, I am protesting these new Twilight vampire movies,” he wrote. “They are disgusting. After all, everyone knows that real vampires and real werewolves don’t date the same girl. This is a travesty that must be addressed by the horror scholars of this generation, otherwise millions of young kids will grow to adulthood thinking that Twilight movies are as accurate as Bram Stoker’s Dracula.”

But quickly, Cleaver pivoted to his point: Mary Shelly’s “Frankenstein” is a brilliant horror film, and Congress has created a monster that “needlessly obstructs the goodwill and statesmanship of this body.”

Cleaver attributes his talent to his experience as a Methodist pastor, which often found him using a story to help his congregation absorb and remember a moral message. He also shares that he was prompted to begin writing these weekly letter after noticing that partisanship had reached a fever pitch among his colleagues, pointing to a “preponderance of incidents and television acts of incivility and legislative inertia.”