Report: Arnold Schwarzenegger is Thinking About Running for Senate in 2018

Report: Arnold Schwarzenegger is Thinking About Running for Senate in 2018 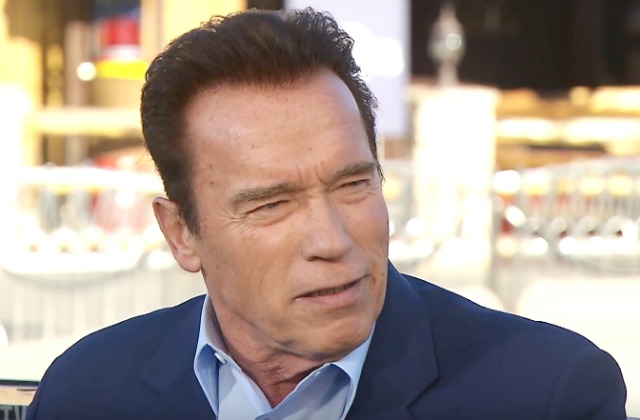 New reports indicate that the former governor of California is thinking about running for Senate as a third-party candidate in 2018.

“Right now Governor Schwarzenegger’s focus is on using his platform to bring some sensibility and coherency to Washington by fighting for redistricting reform, like we did in California,” spokesman Daniel Ketchell said to POLITICO. “We are keeping all of our options open as far as how we can accomplish that.”

Schwarzenegger’s political return has been discussed by GOP insiders in California, who say that the timing would be good during the era of President Trump‘s administration. Several of them say that if Schwarzenegger won the seat of Democrat Senator Dianne Feinstein, it would allow him to challenge Trump on various political issues, of which some Republicans are still leery of the president’s stance.

“[This] would give Arnold the stage to jam Trump for the next 16 months,” said one GOP strategist.

Trump and Schwarzenegger have been prominently feuding with each other recently, as the president kept bashing the Governator’s ratings when he took over Celebrity Apprentice. Schwarzenegger announced last week that he will no longer host the show, saying he doesn’t want to be caught up in the controversial element that Trump left behind.

In the past, Schwarzenegger has expressed interest in running for president, and he has campaigned for a Constitutional amendment that would allow non-natural born American citizens to be eligible for the job.