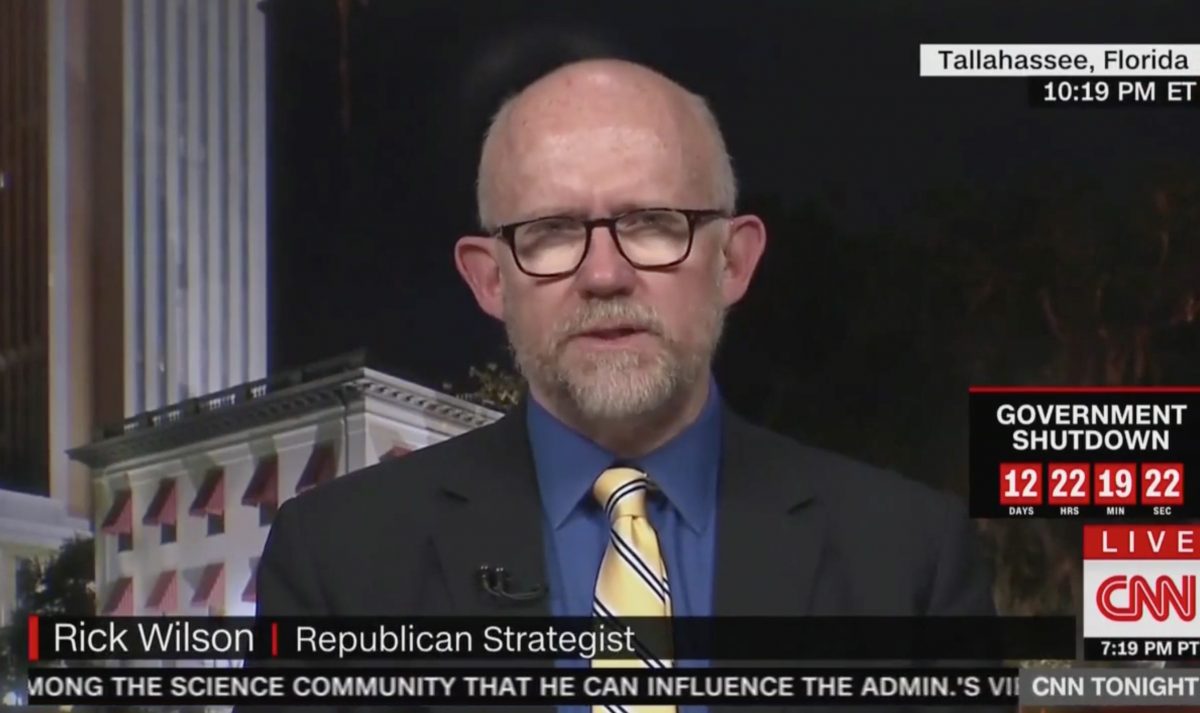 Republican strategist Rick Wilson took his acid-tongued commentary up a notch Wednesday as he talked about how President Donald Trump depends on non-disclosure agreements to keep his dirty secrets from seeing the light of day.

Wilson was remarking on Cliff Sims, for former Trump aide whose White House tell-all revealed infighting and juicy gossip about the Trump Administration. Sims promoted Team of Vipers in a series of media appearances this week, earning the ire of Team Trump: the president blasted him in a tweet, and the Trump campaign is now threatening to sue Sims for supposedly violating his NDA.

Wilson reacted to all of this by offering a reminder on Twitter that Trump has used NDAs throughout his life to legally gag people in his orbit from criticizing or sharing unflattering information about him.

1/ This whole story of Cliff Sims and the NDA reminds us just how dependent Trump’s entire scam is on the use of a gag contract.

I’ve signed a ton of NDAs over the years to protect IP for clients, for sensitive projects, and for HNW people. They have a place.

From there, things got very…um, colorful as Wilson expressed doubt that Trump’s NDAs can legally hold up.

2/ But for Trump, it’s always been about protecting him from revelations about his roving penis, his shady-ass business practices and his terrible behavior.

3/ The people who sign them are buying in to the collective delusion of Trumpism that there’s some esoteric there, there.

The WH NDA is roundly dismissed as unenforceable (at least I haven’t seen anyone argue they’re valid.).

4/ The Trump NDA wall will eventually break, and open up vast avenues for reporting.