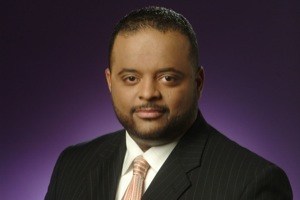 The tea partiers have been called many things, but here’s one they were probably not expecting: “They are no different in 2010 than what MoveOn.org was in 1998.” That assessment comes from CNN columnist Roland Martin, who, while previously being outspoken against racist elements within the party, is now out to defend the group from claims that their behavior is un-American.

Martin has fallen in ill repute among tea partiers as of late for, well, believing the exact opposite of everything Tea Party movement stands for, but he is now compelled to take the protesters’ side in light of recent comments from many on the left that they are somehow dangerous, unconstitutional, or even seditious. “If anyone wants to oppose the Tea Party for spreading misinformation,” he advises, “do that. But to assert that it’s wrong to take part in civic engagement is utterly silly.”

He makes it clear several times, that he disagrees with them, but he takes offense on their behalf when the far left tries to label them dangerous for the country. “Don’t whine about someone else making noise,” he tells them. He also reminds them that the party in power before Barack Obama had to deal with its share of grassroots opposition, too, and this is where the MoveOn.org comparison comes in. He also compares the tea party groups to mid-oughts anti-war protesters:

Martin’s defense of the movement– while backhanded in its description of them as no different than protesters on the left in their size, volume, and general obnoxiousness– is a positive sign for the protesters. He even takes a minute to remind readers that not all tea partiers are as racist as people like Mark Williams (with whom Martin had a heated exchange several months ago) and Sonny Thomas. If an Obama supporter as staunch as Martin can come out and defend the Tea Party protesters, maybe polarization in this country isn’t so bad a problem after all, or at least is on the mend.