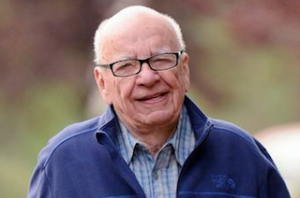 According to an exclusive report from The Independent, Rupert Murdoch’s British newspaper group News UK, formally News International, is being investigated by Scotland Yard as a “corporate suspect” for hacking and bribing offenses. High-level figures in the company, including former executive Rebekah Brooks, have been charged with criminal activity in the past, but this marks the first time the company itself is under investigation.

The development has caused pandemonium at the upper echelons of the Murdoch media empire. Shortly afterwards, executives in America ordered that the company dramatically scale back its co-operation with the Metropolitan Police.

A News Corp analysis of the effects of a corporate charge, produced in New York, said the consequences could “kill the corporation and 46,000 jobs would be in jeopardy”.

Lawyers for the media behemoth have pleaded with the Met and the Crown Prosecution Service not to prosecute the company as it would not be in the “public interest” to put thousands of jobs at risk. Gerson Zweifach, the group general counsel of News Corp, flew in to London for emergency talks with the Met last year. According to Scotland Yard, he told police: “Crappy governance is not a crime. The downstream effects of a prosecution would be apocalyptic. The US authorities’ reaction would put the whole business at risk, as licences would be at risk.”

Last month, Britain’s Channel 4 reported that police were conducting an investigation Murdoch’s knowledge of or involvement in bribing authorities in the phone hacking scandals after secret recordings were released of the media mogul dismissing prior investigations and assuring implicated journalists his support.

Watch excerpts of the recordings below, via Channel 4:

[photo via The Independent]