Rush Limbaugh Slams Media’s Portrayal Of His Election Reaction: ‘Nobody Is Giving Up’
audio

Rush Limbaugh Slams Media’s Portrayal Of His Election Reaction: ‘Nobody Is Giving Up’ 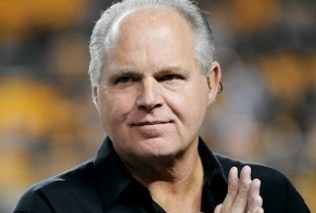 Rush Limbaugh took note of the media’s characterization of his reaction to the election during Thursday’s show — and remarked that they’d gotten it all wrong. Revisiting his “Santa Claus” argument, Limbaugh argued against the idea that demographic changes led to Mitt Romney‘s loss.

During Thursday’s segment, he played some reactions to that remark — starting with ABC’s Jonathan Karl, who said Limbaugh “almost seemed at a loss of words when describing the Republican defeat.”

He went on to cite Matt Lauer‘s interview with Haley Barbour as well as Jennifer Granholm. Referring to their comments about changing ideology, Limbaugh remarked, “We’ve suffered a setback, folks, but we have not given up on our principles. And that’s important.”

“Nobody is giving up. But we are facing reality here,” he said. “We are either outnumbered and are losing ground or one of the most outrageous thefts of an election in the history of elections has taken place.”

Limbaugh further argued that the Republican loss should not be attributed to a demographic shift in the country. “Three million Republicans, mainly white voters, didn’t vote,” he said. “This election result was not the result of a major demographic shift.”

The problem: “The Republicans didn’t get their vote out. Pure and simple.”