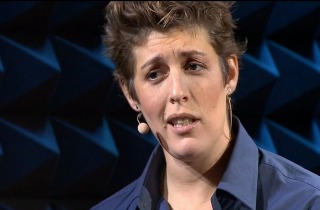 CNN contributor Sally Kohn is someone I’ve praised in this space in the past. On-air, she brings a good sense of humor, oftentimes offers unique perspective and doesn’t seem to take herself too seriously. Those attributes extend to off-camera as well, where you’d be hard-pressed to find anyone who works with her who doesn’t find her to be a genuinely pleasant human being.

But when reading the following tweet, Kohn — at least for today — falls into the “Are You Effing Kidding Me?” Hall of Fame (joining Chris Cuomo in the CNN Unfiltered Twitter wing of the museum, which is really getting crowded):

Forgot my wallet. MTA officer let me on subway for free. #classprivilege #whiteprivilege

Kohn did what so many us who live or lived in New York have done at some point: Leave a wallet that contains a Metro Card subway pass and/or the cash to purchase one at home. As you can imagine, the Big Apple is a place where rushing to get somewhere is a perfunctory part of the daily itinerary. And every once in awhile, a wallet can be left sitting on a kitchen counter or coffee table in haste.

Upon arriving at the subway turnstile and realizing the mistake, the choices (after reprimanding oneself) in these situations are:

– Go back home after walking (5, 10, 15 minutes) to a subway stop and retrieve said wallet and be even more late than you already are.

– Beg a transit officer to let you through just this one time.

Most officers in the city have bigger fish to fry, so unless you’re some kind of chronic abuser of this courtesy, almost all will let you go around the turnstile via the handicap gate. Note: This decision by an officer has absolutely zero to do with race or white privilege. Having worked in the city for 20 years since college and using the subway or PATH from Hoboken on a daily basis, I’ve seen members of all races be extended this gift when forgetting a wallet, including myself once.

But to Sally Kohn, who absolutely should know better, the courtesy came because of — in her view — the color of her skin. By the way, if Kohn had an issue with feeling as though she was getting a free pass when minorities don’t in similar situations, wouldn’t that have been the right time to think better of it and decline the gesture to show she’s no better? Instead, we get this utter nonsense on social media later.

This kind of narrative does nothing in terms of having a constructive conversation around race, which is at a very sensitive moment right now. The implications are just a whole bowl of wrong in 140 characters or less:

– The MTA cops are racist and therefore only help out white folks in times of need.

– If a black man or woman had left their wallet at home and asked for the same green light, they would have been rejected because they’re less privileged members of society.

But don’t take my word for it. Most of you know someone who lives or works in New York, right? Ask them if white privilege is worth a damn below ground in situations when a person simply forgot their Metro Card and just needs to get somewhere. All races would be in agreement on this one: Color has absolutely no bearing on the likely magnanimous outcome.

Sally Kohn is a nice person. She’s compelling enough on TV to have Fox, now CNN, pay her for commentary and perspective. Not a bad resume.

But white privilege on the subway?

As any New Yorker straphanger would tell you, it simply doesn’t exist down there.