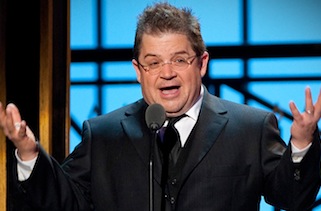 Salon seems to have it in for Patton Oswalt. In May, the online magazine took the comedian to task for his condemnation of the Boston Marathon bombing after he had been distinctly less ponderous about the subject of violence during the Daniel Tosh rape joke fiasco*, prompting a multi-website skirmish between Oswalt, Salon and Jezebel.

Today Salon knocked Oswalt over an Asian joke he made on Twitter.

If you’ve been in a cave this week, KTVU was pranked following the crash landing of a Boeing 777 last Saturday into accidentally reporting racist Chinese names for the pilots involved. The airline says it got the names from the National Transportation Safety Board, which blamed it all on a summer intern. Both the station and the NTSB have since apologized.

Oswalt ran with the joke on Saturday: 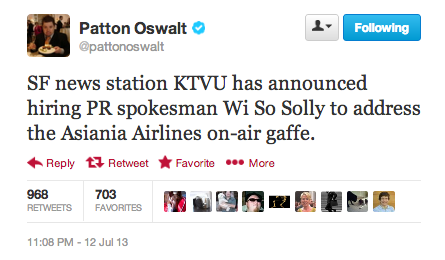 Salon didn’t think this was funny, writing, “No word yet on whether Oswalt’s summer intern is writing his new material.”

Oswalt was not amused: 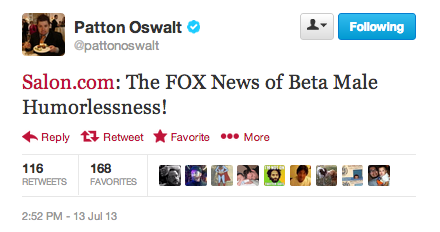 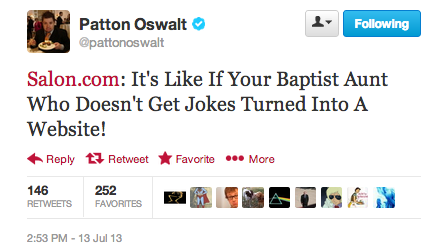 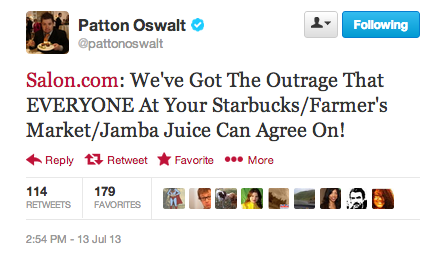 But things didn’t really get going until Oswalt found the #SalonArticle hashtag: 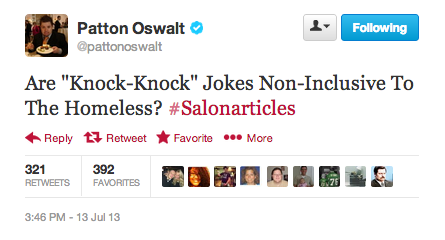 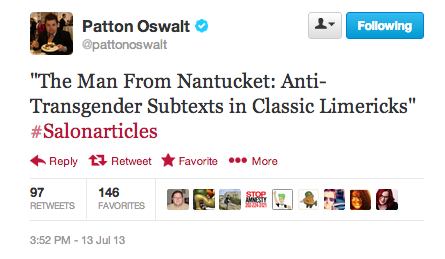 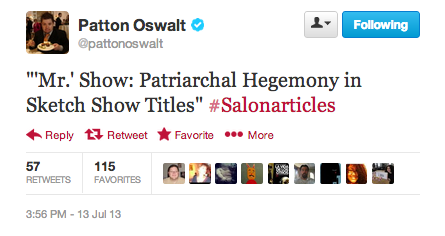 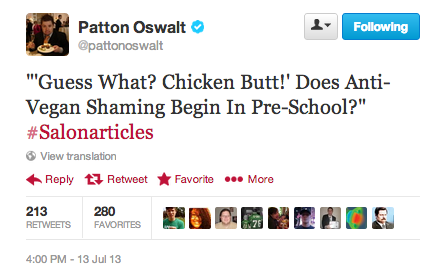 Salon responded this afternoon: “To be clear: We get the joke, funny man. And might have laughed — in fourth grade.”

* Upon fair criticism from the article’s author Molly Knefel, I rewrote the characterization of the article to more accurately reflect her argument. Here’s the original text:

In May, the online magazine took the comedian to task for being too articulate on the Boston bombing without addressing rape jokes, or something, prompting a multi-website skirmish between Oswalt, Salon and Jezebel.