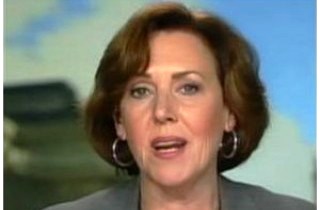 Joan Walsh, the white Salon editor at large who believes she has a sacred relationship with black Americans, took the recent controversy over a fairly unpleasant book review in The Economist and turned it into a shot at Fox News.

Last week The Economist published and retracted a review that asserted slavery may not have been as bad as a new book suggests. Walsh used the hubbub to imagine how Fox News might have covered slavery, had Fox News been around in that time period.

It’s a curious mental exercise for Walsh, considering MSNBC, where Walsh is also a political analyst, celebrated this year’s Cinco de Mayo with the Latino equivalent of blackface comedy (The cable channel’s president Phil Griffin later apologized for the segment, which showed a producer walking around on camera wearing a sombrero, maraca and bottle of tequila.) And then there was the unfortunate edition of Melissa Harris-Perry‘s show wherein former Republican presidential candidate Mitt Romney was mocked for having an adopted black grandchild. (Harris-Perry later apologized for that.)

Readers can take solace, however, in knowing Walsh isn’t paid to think.

Actually, that’s precisely what Salon pays her for. Never mind.

Imagine Fox covering slavery. It's not even hard: Promoting the "job creators" and hyping any rumor of violence @kombiz @rickperlstein