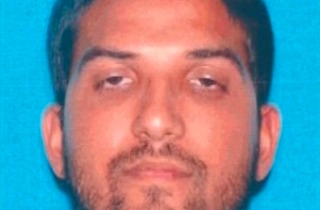 The father of the San Bernardino gunman gave a harrowing interview where he said that he knew his son was in agreement with ISIS ideology and also had a negative obsession with Israel.

Syed Farook (not to be confused with his son Syed Rizwan Farook) was reported by The Times of Israel to have commented that his son “shared [ISIS leader Abu Bakr] Al Baghdadi’s ideology and supported the creation of the Islamic State. He was also obsessed with Israel.”

Farook, who gave his interview with Italy’s La Stampa Mondo, also said that he tried to calm down his son with a belief that Israel would soon cease to exist because Russia, China and America “don’t want Jews there any more.” He suspected that the three nations would move the Jewish population to Ukraine.

“I told him he had to stay calm and be patient because in two years Israel will not exist any more,” Farook said. “What is the point of fighting? We have already done it and we lost. Israel is not to be fought with weapons, but with politics. But he did not listen to me, he was obsessed.”

As the shooting fallout continues to affect the debate surrounding gun control and combatting Islamic terrorism, numerous politicians and members of Farook’s family have spoken out. Farook’s brother-in-law and sister both expressed shock and anger with his violent attack alongside his wife, and their attorney has also said their family was unaware of their extremism.

President Obama has taken a lot of flak recently for not taking a harder stance on the activities of suspected Islamic radicals, and GOP frontrunner Donald Trump has suggested investigating Farook’s family because, as far as he’s concerned, they knew what was being planned.