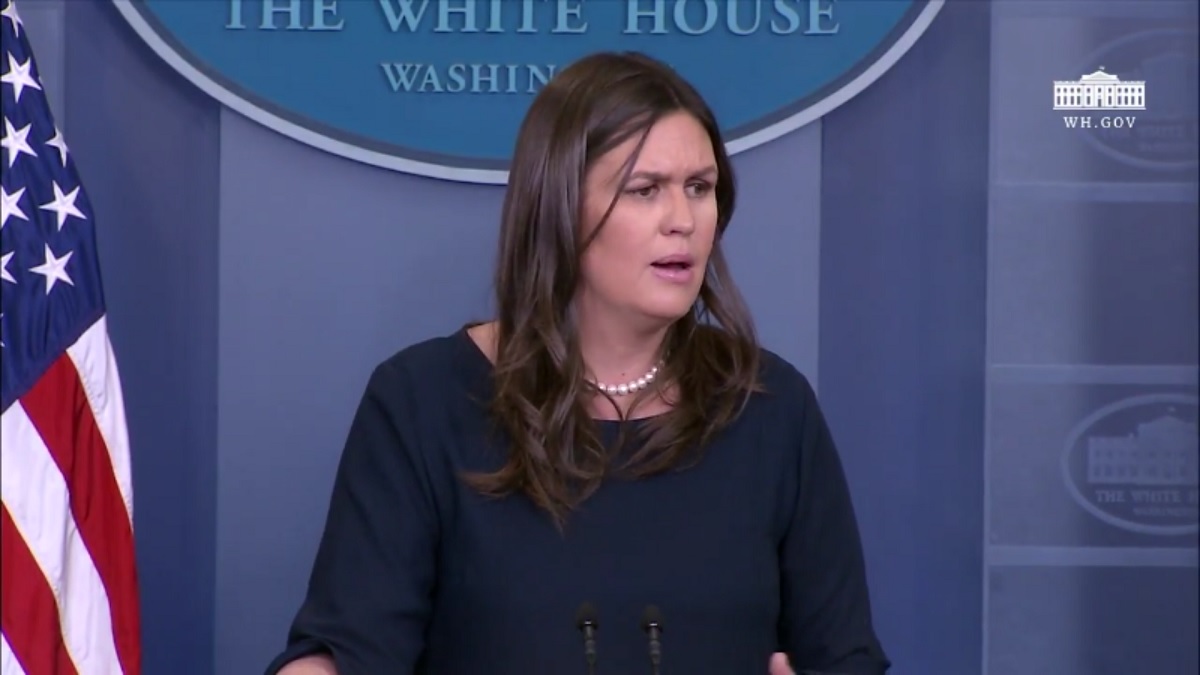 White House Press Secretary Sarah Huckabee Sanders had an interesting reaction to an embarrassing leak of Donald Trump‘s schedules, which show that Trump spends a whopping 60 percent of his day on “executive time.”

On Sunday, Axios published the breathless, if unsurprising, scoop that Trump’s leaked private schedules show he “has spent around 60% of his scheduled time over the past 3 months in unstructured ‘Executive Time’.”

Trump’s extensive use of the euphemistically-named free swim periods has been the subject of extensive reporting and derision in the past, but the leak of so many of Trump’s schedules is particularly embarrassing, signaling yet another weak spot in the wall of loyalty that Trump demands.

Sanders responded to the report, not by denying it, but by applying a thick coating of shinola. In an email to Axios that presumably didn’t include bullets even though Axios added bullets because they bullet literally everything, Sanders chalked Trump’s weak schedules up to a “different leadership style” and a desire for a “creative environment”:

Responding to Axios’ reporting, White House press secretary Sarah Sanders emailed this statement: “President Trump has a different leadership style than his predecessors and the results speak for themselves.”

• “While he spends much of his average day in scheduled meetings, events, and calls, there is time to allow for a more creative environment that has helped make him the most productive President in modern history.”

• “President Trump has ignited a booming economy with lower taxes and higher wages, established the USA as the #1 producer of oil and gas in the world, remade our judiciary, rebuilt our military, and renegotiated better trade deals. It’s indisputable that our country has never been stronger than it is today under the leadership of President Trump.”

“Creative” is certainly one way of putting it.