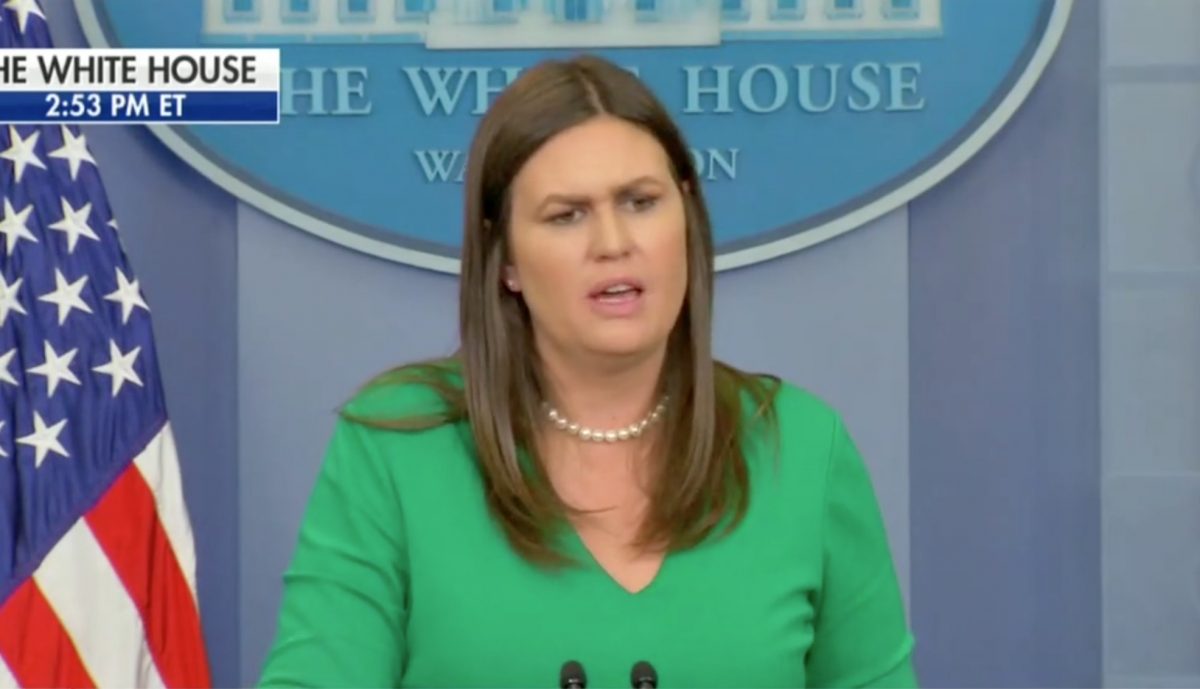 White House Press Secretary Sarah Huckabee Sanders has been facing scrutiny recently amid new questions about the credibility of the White House and President Trump.

A profile on Huckabee Sanders in The Washington Post tonight opens with an anecdote revealing how she finally went off after being kept in the dark on another contentious matter:

White House press secretary Sarah Huckabee Sanders cursed and yelled at White House counsel Donald McGahn during the February confrontation, according to two people familiar with the episode. Misleading statements about the domestic abuse scandal that felled staff secretary Rob Porter had dragged the administration into a maelstrom of chaos and contradictory public statements.

Exasperated, Sanders told McGahn she would not continue to speak for the administration unless she was provided more information about Porter’s situation.

The dispute was apparently resolved later that same day and she fielded questions from the press “hours later.”

One point of note in the profile is that people close to Huckabee Sanders claim to WaPo that she actually “pushes back” against the President every so often when he “wants her to attack the media even harder and more frequently.”