Scott Baio’s Wife to Sandy Hook Mother: ‘Maybe Your Children Are in a Better Place’ 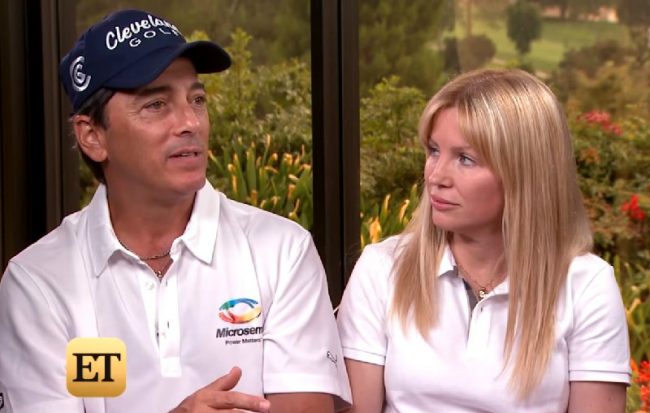 With her husband already taking quite a bit of grief following his apparent suggestion that the Sandy Hook shooting was a false flag — leading to a sister of a Sandy Hook victim saying he spewed hate — the wife of one-time Happy Days star Scott Baio just made things a whole lot worse for them.

In a since-deleted tweet, Renee Baio responded to a message from Nelba Marquez-Greene by telling her that it might be better that her child is dead and that Marquez-Greene’s “ugliness knows no bounds.” 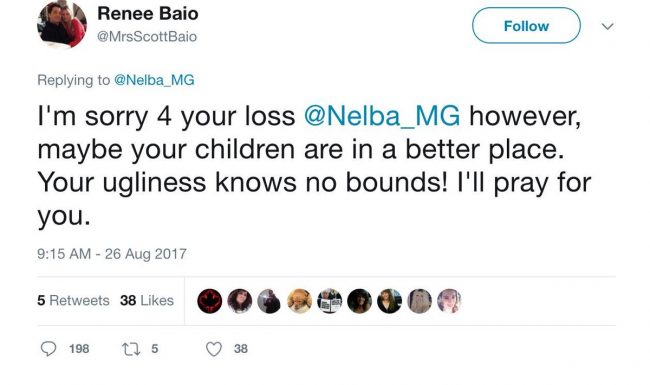 As Marquez-Greene notes in her Twitter bio, her daughter was murdered in the tragic mass-shooting while her son survived.

And, yes, there was quite a bit of backlash:

Wow, @MrsScottBaio, who is @ScottBaio's wife, sent this tweet to a Sandy Hook mother. Disgusting. pic.twitter.com/ZlhSnhgfkz

Renee Baio even your own god would disavow you.
What you said to a woman who lost her child is revolting.
You should be ashamed of yourself

I'll predict Renee Baio, the wife of actor Scott Baio, is about to go viral.

Well @mrsscottbaio protected her account but the internet never forgets when you say this to a Sandy Hook victim's mother… https://t.co/G18Wz9EG8H

2) There's been so much ugliness since the election. Such a degradation of morals and empathy and compassion.

This is despicable. What makes people like Mrs. Baio so heartless? How can they be so bereft of human compassion?