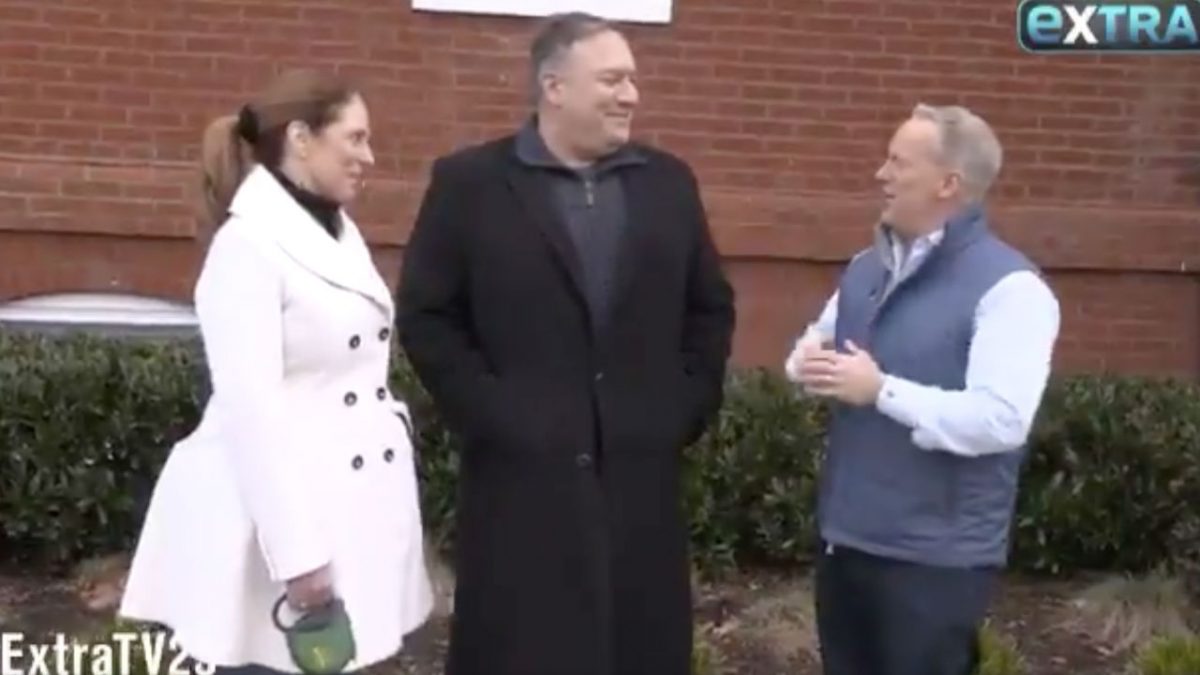 Sean Spicer did a bit as a “special correspondent” for Extra profiling Secretary of State Mike Pompeo and talking with him about the Oscars.

Wednesday afternoon Extra dropped a clip of the former White House press secretary talking to the Secretary of State and his wife Susan, asking Pompeo about the music he listens to before the conversation moved on to the Oscars.

You can read more of the report here if you want, but you’re probably like everyone else wondering the same thing: wait, what?

What is going on? https://t.co/LShEGSRp3n

Didn't @extratv know they would get ratio'd for this because not only do libs not like Spicer but Trump folks don't love him either…no they wouldn't know, because truth is most folks in entertainment don't keep up on news! Spare me the "not me" replies, not talking about you! https://t.co/WOH6XW4lCq

This has a surreal feeling to it https://t.co/4PqGEUo3g9

I refuse to forget the Spicer part.

Spicer told The Hill he wants to bridge the divide between politics and pop culture. There will be more such segments with, per the Hill, Kellyanne Conway and Sarah Sanders.