Seb Gorka Shoves, Curses Out Mediaite Reporter He Once Challenged to a Duel: ‘F*ck Off’
hungarian dragon

Seb Gorka Shoves, Curses Out Mediaite Reporter He Once Challenged to a Duel: ‘F*ck Off’ 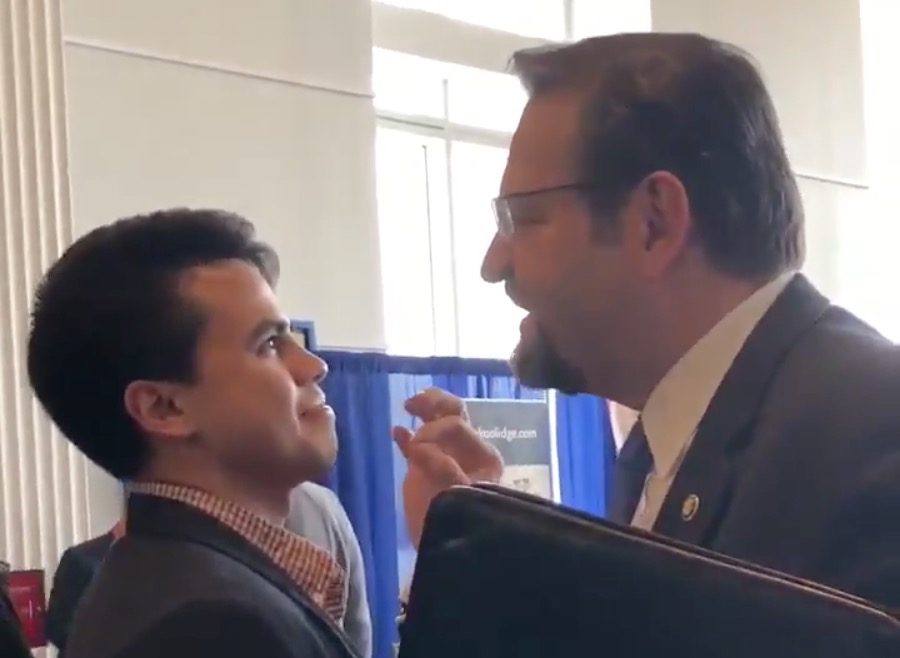 Mediaite‘s Caleb Ecarma is reporting from CPAC today, where he had a contentious exchange with former White House staffer and fugitive of Hungarian justice Sebastian Gorka.

Ecarma is covering the Conservative Political Action Conference, and he caught up with Gorka shortly before his panel event on the strength of the Republican party going into 2018. As for how the conversation went, well…take a look.

It’s hard to hear, but @calebecarma tells me Gorka told him to “fuck off” and he won’t talk to him because Caleb is “irrelevant.” pic.twitter.com/ewaBsqrqbz

Ecarma explained that Gorka called him an “asshole” and told him to “fuck off” in the course of the spat. He also took to Twitter to offer his thoughts on the encounter:

Seb Gorka just got in my face, told me to “fuck off” and shoved me — guess he’s still not my biggest fan https://t.co/VLm0fdceLN

To clarify those not following the feud, Gorka recently challenged the Mediaite reporter to a duel over email after Ecarma mocked his Mustang on Twitter. The proposed fight started as a proposed debate — before derailing, thanks to Gorka’s flair — and at CPAC on Thursday, Ecarma said he followed up with the Fox News analyst about the debate over Trump’s policies.

The last time Ecarma tried to follow up with Gorka, who was booted from his gig as a White House adviser last year, the Hungarian was equally enraged:

Gorka then lunged toward me and his lackeys had to hold him back. After that, security grabbed me and escorted me out of the room

A “journalist” who illegally surreptitiously records conversations in MD without 2-Party Consent.

(After saying he wants to fight a pistol duel with me in DC! Really).

Another reason why @FoxNews is crushing it.

And Mediaite and FAKENEWS is irrelevant. pic.twitter.com/JS7xoDsBtj