Serial’s Sarah Koenig: ‘Not My Responsibility to Make a Perfect Ending’ 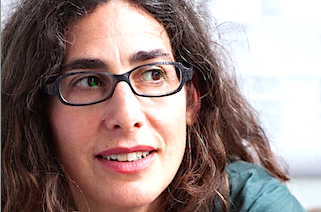 In less than two months, Serial has become a national obsession. This American Life producer Sarah Koenig’s podcast, which attempts to uncover the truth behind a 1999 murder mystery involving high school sweethearts Adnan Syed and Hae Min Lee, has shot to the top of the iTunes charts and inspired numerous spin-offs and parodies. But as the show approaches the end of its first season, there is one question on everyone’s minds: How will it end?

As Koenig reveals in an interview for The New York Times magazine out today, she has no idea. And that’s the point.

“I’m not being fake-naïve or something, but I really don’t — the end was never the thing of it for me,” Koenig says of the question surrounding Syed’s guilt. “It does not keep me up at night. It may keep up my producers more.”

Asked if she feels a “responsibility” to provide her listeners with a satisfying ending, Koenig said no and explained:

So for anyone who thinks the whole series has been masterfully planned from the beginning to provide the perfectly satisfying ending we all want, think again.

Earlier this month, Adnan Syed’s family spoke out for the first time about listening to Serial. Watch video below, via CBS: