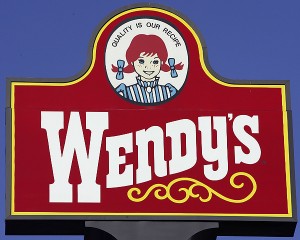 In case you were wondering how other fast food franchises would react to the president of Chick-fil-A’s recent affirmation that he opposes gay marriage, so far they have been rather quiet. But a local Wendy’s franchise owner decided to take matters into his own hands, with the outdoor signs at a number of Wendy’s locations in North Carolina reading “We stand with Chick-fil-A.” The official Wendy’s Twitter feed has been vigorously pushing back against the criticism, and in the process riled up conservatives for boasting that they serve all customers, implying that Chick-fil-A does not.

RELATED: HatefulBrag: Redstate.com Boasts That Chick-Fil-A Will Cater Their Convention

For the past six hours, the Wendy’s Twitter account has been caught in the middle of a public relations headache. After reassuring people they were looking into the situation, Wendy’s finally explained what happened.

Wendy’s replied by telling Loesch that wasn’t what they meant, but after continuing to get hammered by Loesch and other Twitterers, Wendy’s finally started tweeting back at people, “We’re honored to serve every customer — we’d assume they are as well!”

Unfortunately, this was not enough to calm the storm, and Loesch tweeted the following back at Wendy’s.

@wendys Just not sure why you have to quality it with “we assume.” They’ve published such on their site. Can you acknowledge definitively?

Finally, Wendy’s tweeted that it was not their implication at all, and apologized for the confusion.