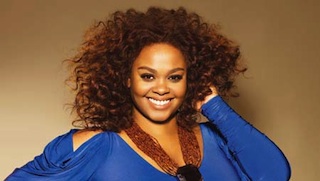 A short while ago, Drudge Report tweeted out this quote: “When my friend told me his wife was Caucasian, I felt my spirit wince.” Intrigued, I clicked the accompanying link to find a column the singer Jill Scott wrote for Essence about her feelings on interracial dating posted in March of 2010. At first, I wondered why on earth Drudge Report was interested in a year old column by a singer. Then it hit me; she’s going to the White House, isn’t she? Sure enough, Scott is the latest guest of the First Lady’s poetry event to come under fire from the Right.

If you haven’t been following the story, Michelle Obama’s event is set to feature poetry readings by a number of public figures. One of the figures, the rapper Common, has come under intense scrutiny because of an old video in which he raps about carrying a gun and threatening police officers and then-President George W. Bush. The controversy also touched on a 2005 interview Common gave in which he came out against interracial dating as a detriment to “self love.”

Some industrious soul decided to search through the other attendees’ public comments and came up with Scott’s Essence article which is now being widely shared and denounced. The column did indeed cause a small controversy when it first came out, however, it’s important to look beyond the scandal then and the (manufactured) one now and see that it is actually a very thoughtful piece. If you read past the provocative quote that Drudge tweeted, you’ll see that Scott is actually analyzing the internal conflict she has between being raised to view everyone as equal despite the color of their skin and the subconscious discomfort she feels seeing a successful black man dating a white woman. In that way, Scott’s supposed racism in making these comments is about as real as Shirley Sherrod’s.

“Was I jealous? Did the reality of his relationship somehow diminish his soul’s credibility? The answer is not simple. One could easily dispel the wince as racist or separatist, but that’s not how I was brought up. I was reared in a Jehovah’s Witness household. I was taught that every man should be judged by his deeds and not his color, and I firmly stand where my grandmother left me. African people worldwide are known to be welcoming and open-minded. We share our culture sometimes to our own peril and most of us love the very notion of love. My position is that for women of color, this very common ‘wince’ has solely to do with the African story in America.”

Even in the Big Hollywood article about Scott (the one written with the ready-to-incite headline of “Like Rapper Common, White House Guest Jill Scott ‘Winces’ at Interracial Relationships”), the writer admits that Scott’s column is “artful” and that “she firmly stated that she was not raised to view people by the color of their skin.” However, he then instantly jumps back to the cop-out hypothetical of “WHAT IF A WHITE PERSON SAID IT???”

“Her justification for these feeling were artful and she firmly stated that she was not raised to view people by the color of their skin. But if the same words were put in the mouth of a Caucasian, the viewpoint would wreak of bigotry.”

That argument is ridiculous in the first place (um, ever heard of “two wrongs don’t make a right”?), but it’s doubly wrong here in that there actually is a big difference. The subject of black men dating white women is a very sensitive one in the African American community. While interracial relationships were taboo in white communities in the past, that was because racist white people felt that black romantic partners weren’t “good enough.” When a black man dates a white woman today, it is still taboo for many blacks because they fear it reenforces that old idea. This anxiety is prevalent enough that it has inspired an entire character type in movies and TV, the Evil White Women who frequently is depicted as a mistress or girlfriend to a successful black man. It’s become a cliche and Scott was merely trying to discover the reasons behind it origin.

“I don’t think there’s anything the matter with somebody loving somebody from another race but it’s almost like a stereotype that if you’ve got dreadlocks you go out with a white girl. just feel like, as black men, we do have to be aware that, yo, every time we step out with some woman it’s setting an example for our daughters and it’s also representing something for our mothers. If you can’t really love your own, how can you really love others?”

But, I digress. I’m focussing on Scott here and why I find the Right’s attacks on her so offensive. To explain, let me call up yet another quote, this time, one of the favorites of Conservative commentators; Eric Holder’s “nation of cowards” comment. The Right frequently mentions only those three words when quoting Holder, thus using it as proof of the Obama administration’s lack of belief in American exceptionalism (“How dare they call us cowards! We’re the bravest country ever!!!”). However, the full quote was strictly about race relations: “Though this nation has proudly thought of itself as an ethnic melting pot, in things racial we have always been and continue to be, in too many ways, essentially a nation of cowards.”

Here is Jill Scott, an intelligent woman, trying to have a thoughtful conversation about race relations in America and what is the Right doing? They’re doing exactly what Holder said. They’re acting like cowards.

However, I don’t think the people posting these quotes and trying to get their readers angry at Scott are actually cowards and that’s what is so infuriating. As the Big Hollywood post proves, this whole “outrage” is completely disingenuous. This is just an example of finding any possible excuse to get people to hate Michelle Obama and therefore her husband and therefore his administration. Selectively quoting from year-old columns by random event guests to attack the Obamas? That’s stretching.

So, let me change up Holder’s quote a bit. Though this nation has proudly thought of itself as united, in anything related to what are political rivals are doing, we have always been and continue to be, in too many ways, a nation of pissy, little jerks.

(Editors Note: This post has been updated since it’s original posting)