Is Slate Seriously Advising People to ‘Pick a Fight’ About Politics with Family Over Holidays?

Is Slate Seriously Advising People to ‘Pick a Fight’ About Politics with Family Over Holidays? 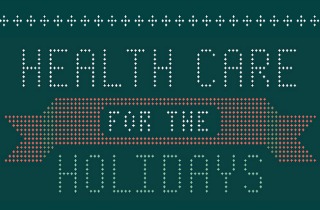 The online opinion blog specializing in unpopular opinions, Slate, has some advice for their readers this holiday season: screw tranquility, harmony, and thankfulness. Fight!

In what is apparently a companion piece to a White House campaign in which they ask supporters to bombard their families this holiday season with propagandist items about the wonders of the Affordable Care Act, Slate’s John Cook has some advice for their readers ahead of this holiday season about how to start and win political arguments.

The first is to locate and isolate an unsuspecting relative, preferably one outside the immediate family, who just wants to spend some time with you (Why? No idea. You’re apparently quite a scold).

Then get them going with an intentionally provocative but unsupported statement designed to incite a hostile response. Cook suggests, “I’m thankful for all that free stuff Obama gave me.” Then pivot to a more defensible position from which to rain argumentative assertions down upon your family members like so much artillery.

“What should we fight about?” Cook asks. “Israel,” he answers. “You should fight about Israel. Particularly if you are Jewish or are married to a Jew or are the child of an Evangelical Christian.” He also advises all parties to imbibe heavily during this process.

Cook adds that once you can coax a racist remark out of one of your family members (as he relates a story about how he once did, to great effect), you can declare victory and head to the couch to digest both dinner and triumph.

All this sounds quite satirical. And, like so much strong satire, it is hard to tell where the sendup ends and the exposé starts. But, if Cook’s past conduct is indicative of future behavior, there may be a grain of truth to his humorous advice.

“We get in huge fights on the same topic over and over again and have terribly awkward dinners where John insists on bringing up Israel and pissing off my Mom,” Benedikt confessed. “I act as moderator and it is the worst. John buys every book about Israel that’s ever been published, and then reads them all so he can win any argument with my family.”

Later, during a trip to Israel to visit his sister-in-law, Benedikt reveals how Cook took the opportunity to berate her for life choices he regarded as ill-advised.

“Once in Tel Aviv, John confronts my sister and her husband on their ‘morally bankrupt decision’ to live in Israel,” she revealed. “I spend the whole week trying to explain him to her and her to him, even though they mostly agree.” She later confessed that they stopped talking about anything political in order to maintain the façade of comity. “I miss her,” Benedikt added.

Here’s my advice: If you intend to spend your holiday aggressively re-litigating your childhood under the guise of talking about politics, don’t. Stay home. Watch the yule log on television. You and your family will be happier in the long run.

If you can get past your own wounded ego – your nagging belief that you were cheated out of a position in life that was your due — you can have a great time enjoying the company of those people who love you… for whatever reason.