Twitter Melts Down Over Transcript of Trump's Ukraine Call 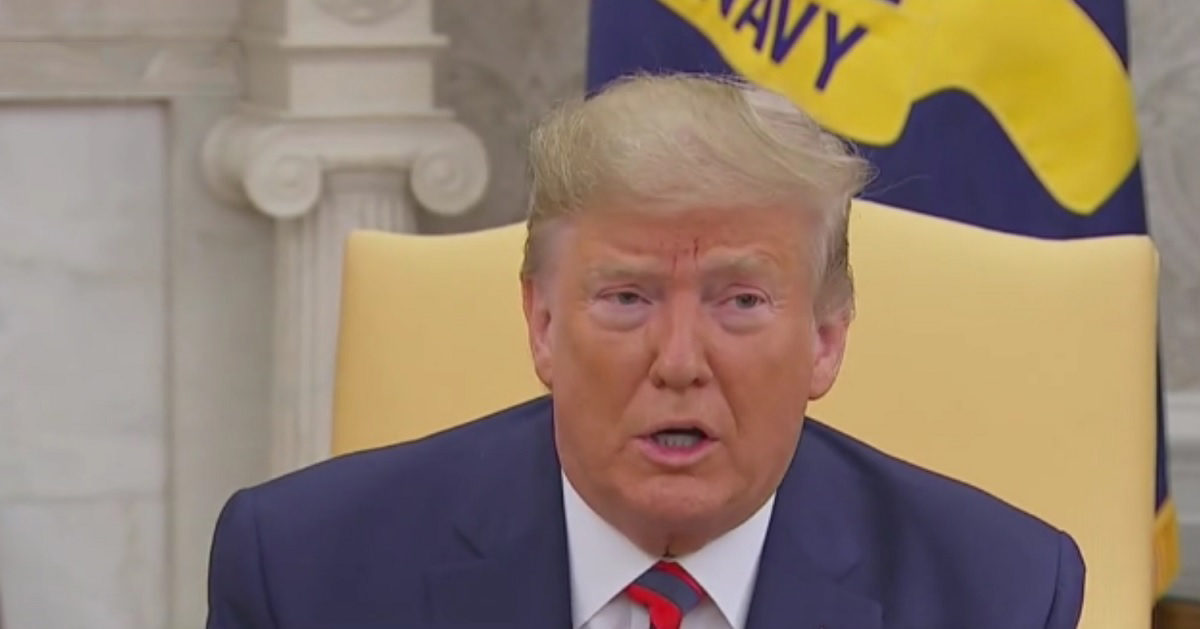 President Donald Trump released a memorandum of his controversial phone conversation with Ukrainian President Volodymyr Zelensky, and the shocking contents of the call sent Twitter into a meltdown over the talk the two leaders had about Joe Biden.

“There’s a lot of talk about Biden’s son, that Biden stopped the prosecution and a lot of people want to find out about that so whatever you can do with the Attorney General would be great,” Trump said.

Shortly before the transcript came out, Trump bashed Democrats for their outrage once again and insisted he had a “perfect call” with Zelensky.

Will the Democrats apologize after seeing what was said on the call with the Ukrainian President? They should, a perfect call – got them by surprise!

So, the transcript was supposed to be less damning than the allegations, right? That’s what we were told.

Two things are quite obvious….this is much worse than Republicans were spinning this morning. Secondly how on earth did Donald Trump think this would help…….

So the entire call with Ukraine was about Trump seeking “a favor” to investigate Democrats for dirt regarding presidential elections.

Rather than exonerating Trump, this transcript is actually FAR WORSE than what we were told.

We have heard a lot of, “Let’s wait to see the evidence.”
The transcript released today is devastating, and you’d have to bend yourself in extraordinary contortions to defend it. It also implicates the AG in what is a wholly improper political mission, which is new info.

One key tell: President Trump said to President Zelensky that the Ukrainians would be hearing from AG Barr and Giuliani. But Barr chose not to get involved. Barr knew it was wrong, and stayed away. Trump and Giuliani persisted.https://t.co/7cm9pA5uml

My reading of this is that Trump is still angry about Ukrainian efforts to help defeat him in 2016…then his brain worm got him to other perceived political grievances. Still, any request for help on Biden probe is obviously & glaringly inappropriate. https://t.co/NioNGrlTcs

I don’t think Trump wins re-election with this sort of stuff. People may not think it is impeachable, but people will recognize it is gross.

Quick read on this “transcript”: It amounts to a smoking gun against the president. Period.

1. Trump says we do a lot for Ukraine, Zelensky says yes.

3. Trump says also let’s get to the bottom of the Biden stuff.

After looking at the transcript, there’s no question that the president asked a foreign leader to investigate his chief political rival with a huge aid package hanging in the balance. Any past president would condemn that as corrupt if it happened in a banana republic.

On NBC, Jeremy Bash says it’s clear “this conversation” between Trump and Zelensky “was about a trade. Defense support, for support politically for the president.”

The felon @realDonaldTrump put this out there to try to normalize it. He knew it was coming out anyway. It is a prima facie illegal act. He should resign tonight. We are in a battle now for the American Democracy.