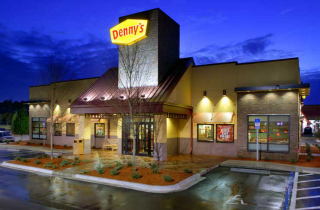 In the not-too-distant future, when you dine at some Denny’s restaurants, that “Moons Over My Hammy” sandwich will now come with an extra 5-percent surcharge.

Florida-based businessman John Metz, owner of 40 Denny’s franchise restaurants, plans to add the surcharge directly to customers’ checks as an up-close-and-personal way of dealing with the increased costs imposed by the Affordable Care Act, better known as “Obamacare,” which mandates that businesses with more than 50 workers must offer an approved insurance plan or pay a penalty of $2,000 for each full-time worker over 30 workers.

The ACA comes into full effect in January 2014. Metz says the direct surcharge is “the only alternative. I’ve got to pass on the cost to the customer.”

Metz stressed that he is not “anti-insurance,” but rather he understands the severe costs the legislation will impose on employers and employees alike: “Obviously, I’d love to cover all our employees under that insurance,” Metz told the Huffington Post. “But to pay $5,000 per employee would cost us $175,000 per restaurant and unfortunately, most of our restaurants don’t make $175,000 a year. I can’t afford it.”

The restauranteur is unconcerned with the potential backlash from doing what some might consider an expressly political statement by directly charging the customer for Obamacare. He told HuffPost he is willing to take the heat, and that “We’re trying to get more restaurant operators rallied around the concept of adding a 5 percent surcharge to their bill to cover the costs of Obamacare as opposed to raising prices.”

Metz also plans to cut employee hours. “I think it’s a terrible thing. It’s ridiculous that the maximum hours we can give people is 28 hours a week instead of 40,” he said. “It’s going to force my employees to go out and get a second job.”