Spare Us The Outrage: The GOP Should Learn To Taste Its Own Medicine

Spare Us The Outrage: The GOP Should Learn To Taste Its Own Medicine 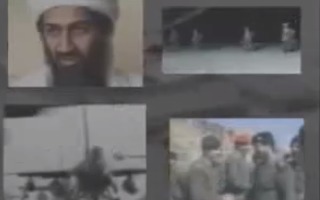 Gov. Mitt Romney treated the world to five major network interviews on Friday night and demanded that President Barack Obama “say that he’s sorry” for the recent barrage of Bain attacks. The Obama campaign said it won’t apologize and, instead, fired back with an ad that features Gov. Romney crooning “America the Beautiful” as a string of accusations about outsourcing and offshore accounts flash on screen.

Voters should have have little sympathy for the Republicans’ hurt feelings, lest we forget the GOP’s history of (effective) smear campaigns.

For the selective amnesiacs out there, Lee Atwater went to his deathbed apologizing for what critics called a “race-baiting” “Willie Horton” message against Michael Dukakis in 1988.  A 2002 ad run against Sen. Max Cleland — a war hero who lost two legs and an arm in Vietnam — featured images of Osama Bin Laden and Saddam Hussein, and questioned Sen. Cleland’s “courage to lead”.

Though not officially in concert with the Bush campaign, the right-leaning 527 group Swift Boat Veterans for Truth spent the summer of 2004 effectively questioning John Kerry‘s patriotism and his honesty over medals he received for service in Vietnam. The Bush White House did not denounce those ads until months after the first ad was released and well after they had made an indelible impact. In 2006, the National Republican Senatorial Committee ran a widely-denounced ad that had clear racial undertones against Rep. Harold Ford‘s campaign for the Senate.

Both parties use attack ads and have, in the past, crossed the line of what the public considers decent. This is certainly not the first instance of Democratic mud-slinging in history. You could argue that they pioneered the concept of a TV spot “beneath the dignity of the presidency” when President Lyndon Johnson ran his famous “Daisy” ad against Sen. Barry Goldwater.

As Frank Rich argued last month in an eloquent history of negative campaigns, written before the Bain attacks came into vogue in July, the President should stick to his guns and watch the Romney camp squirm.

Gov. Romney could refute many of the claims in “Firms” and other ads (like this hard-hitting “Priorities” ad) if he would release an expansive set of tax returns, as every major party presidential nominee has done since his father ran for president in 1968. The veracity of his claim in a CNN interview that the 2010 and 2011 returns are “all that’s necessary for people to understand something about my finances” depends on your definition of “something.” If a token glance at his finances is all you need to approve of Gov. Romney, then sure, that’s “something.” But if you want to clarify whether Mr. Romney was, in fact, at the helm of Bain Capital when they made certain politically and socially unpalatable decisions, or, if you want to understand why Mr. Romney has financial accounts that no one seems able to explain, then two returns are actually not all that’s necessary.

Is he reluctant to shut down these arguments out of a desire for privacy or because he wishes to take a principled stand? If the answer is either of those, then Gov. Romney will have to take the heat or get out of the kitchen — it is his choice not to volley back with counter-evidence. If he is trying to hide something from the American people, well, that at least in part vindicates the whole point of these attacks.

As for the RNC and prominent Republicans, their outrage over the Obama campaign’s negative ads probably isn’t worthy of acknowledgment, let alone an apology. Not after they tied one war hero to Bin Laden and Hussein and tacitly allowed an outside group to demean another’s service without real evidence. Not after they used NSRC funds to produce that racially-tinged “call me, Harold” ad. Former President Bill Clinton made a more persuasive argument than I can against this kind of hypocrisy a few years back, but it rings eerily relevant today and is worth revisiting.

For once, Democrats have decided to level with the Republicans, and the right can’t stand a taste of its own medicine. The difference between the Obama attacks and those effective right-wing spots of the recent past is that Mr. Romney has chosen to make the his private sector work the core reason for his candidacy. Sen. Kerry and Sen. Cleland may have leaned on their military records (we all probably still cringe while watching Sen. Kerry awkwardly ‘report for duty’), but those were certainly not their central arguments to voters. Gov. Romney’s insistence on highlighting his private sector career has invited open scrutiny of that career, whether he likes it or not.

To be clear: Politics is a dirty game, and the Obama campaign is no more moral than any other campaign in American history. It could be driving an entirely false message about Mr. Romney and, if so, kudos to him for putting up with the attacks. But whatever the final verdict is on the Bain attacks, the press and voters should not let Republican operatives play the ‘morality’ card here, not for one second. The American people’s memory is longer than that.