Speculation And Sloppy Reporting On Both Sides Of ‘Weinergate’ 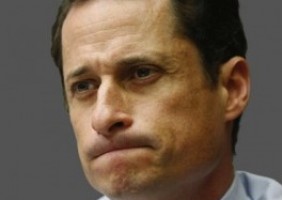 The unfolding scandal involving what Rep. Anthony Weiner calls a hack of his social media accounts has proven to be a roiling petri dish of new media sickness, as the rush to judgment has overshadowed the fair presentation of the facts. The initial rush to convict Rep. Weiner of tweeting a naughty picture to a follower in Seattle has led to equally irresponsible suggestions that Andrew Breitbart and his staff engineered a “hoax,” and sloppy reporting of the facts, all around.

Much of this story involves circumstantial evidence, much of which can be interpreted in contradictory ways. But the facts that are available are that a picture of an underwear-clad penis was sent, via Anthony Weiner’s Twitter account, to a 21 year-old student named Gennette Nicole Cordova in a publicly-viewable message. The message contained a link to Congressman Weiner’s YFrog account.

Congressman Weiner has maintained that his social media accounts were hacked, and Ms. Cordova issued a statement which supports his assertion:

Since I had dealt with this person and his cohorts before I assumed that the tweet and the picture were their latest attempts at defaming the Congressman and harassing his supporters.

She doesn’t explicitly endorse a “hacking” theory (as she mentioned later on Twitter), but her statement indicates that she believed the message not to be genuine. She went on to say that “there have never been any inappropriate exchanges between Anthony Weiner and myself.”

Her statement echoed her real-time response to the retweeting of the photo.

That’s the sum total of the firsthand information available. We can see the tweets, and the picture, and we have statements from the only two known direct participants.

Beyond that, though, there are facts that can be interpreted as supporting Rep. Weiner’s account, or as casting doubt on it, or both. Pointing out those facts is perfectly fine, but speculation surrounding them has led to a shifting narrative, and to unreasonable narrative leaps.

Haven’t seen it mentioned, but wouldn’t have to hack twitter/facebook to post from yfrog. Only have to hack yfrog. It’s authorized to tweet.

Some speculation has centered around Rep. Weiner’s actions after the alleged hack. People have pointed to the swift deletion of the photos in Rep. Weiner’s YFrog account as suggestive of his guilt, when that could easily have been the work of the alleged hacker, and is also a perfectly reasonable reaction for an innocent person to have.

The same is true of his tweets since the alleged hack. His reaction has been consistent with his quirky personality, and with a politician trying not to let a prejudicial sex smear become a big deal. On the other hand, his reaction is consistent with someone trying to downplay wrongdoing and avert attention. It’s not very useful as evidence, one way or the other.

Some have fairly wondered whether Rep. Weiner had reported the hack to the authorities, which he apparently is in the process of doing. Others have pointed to the slow pace of information from Weiner’s office as suggestive of guilt. Both are fair points, but not without also noting that this occurred near midnight at the beginning of Memorial Day weekend, a time when information-gathering is typically slower.

It’s also worth noting that there has been no confirmation that Weiner did not report the hack. It is possible he did, and was instructed not to divulge that. Based on his spokesman’s statement today, though, that doesn’t seem likely.

By far, the most damning piece of circumstantial evidence against the idea of a hack is the tweet that Weiner sent early Friday evening, referencing the time difference in Seattle, which Ms. Cordova then retweeted. From Big Government:

Here’s s a transcript of the Tweet in question:

Heading to 30 Rock to chat with Rachel at 9. #Thats545InSeattleIThink
about 17 hours ago via TweetDeck
Retweeted by 18 people

That is some coincidence, to be sure, and one that hasn’t been explained by Weiner or Ms. Cordova, and it was the piece of circumstantiality that gave me the most pause. The tweet itself isn’t that difficult to explain, if anyone could get to ask Weiner to his face about it. For example, Weiner is a famously ardent Yankees fan, and his beloved team was playing in Seattle on Friday. Cordova’s retweet would be the natural reaction of a fan to a mention of her hometown.

Combined with the tweet of the underwear pic several hours later, though, it is a damning coincidence, though still only circumstantial. However, if you accept the idea that Weiner was hacked, the timing can make more sense. For example, if someone monitored his Twitter feed fanatically, and kept close tabs on who he followed, and spoke feverishly of an impending sex photo scandal involving a northeastern Democrat, Gennette Nicole Cordova would be a natural selection to receive the hacked tweet.

As it happens, the man who was the one and only person to directly retweet the offending picture, Dan Wolfe (aka @patriotusa76) was part of a group that did just that, and Gennette Nicole Cordova was one of their targets. They descended upon several young women who received mutual follows from Rep. Weiner, harassing one of them (a 16 year-old) right off of Twitter. They also tweeted a nonstop stream of venom at Rep. Weiner, much of it involving sexual innuendo about the Congressman.

Additionally, when Wolfe retweeted the photo, but failed to get a screen capture of the tweet. In their original report, Big Government reasonably used a screencap from the Congressional Twitter archive, which doesn’t show how the tweet was sent (phone/web/etc). A real-time screen capture would have that information, and might have suggested Weiner’s innocence or guilt. Weiner’s tweets that night were sent via Tweetdeck. A real screenshot of the original tweet, had it said “sent via YFrog,” would stick out like a sore thumb.

None of this proves that Wolfe hacked Weiner, but it certainly illustrates the very real possibility that someone could have. If this group can show this level of obsession with Weiner, it is not a stretch to believe that someone could learn enough about him to crack his YFrog password. Anyone who follows Wolfe or his clique would have also seen their interactions with Ms. Cordova. Her retweet could have been a waited-for opportunity.

Of course, there is as much actual proof of this as there is that Weiner wasn’t hacked. However, when someone’s life and reputation are on the line, red flags like these shouldn’t be ignored. The presumption of innocence should be that much stronger.

When we first reported on Wolfe’s activity, he wasn’t available for comment, but he has since denied being the alleged hacker in question (an accusation, for the record, that we never made):

Have you been contacted by any law enforcement officers or agents whatsoever?

No one from law enforcement contacted the number one suspect in the hacking case of the decade? No one? No one at all?

Not a single LEO?

No, Wolfe told me repeatedly. And then he went further. Here are his tweets, my Columbo-like questions omitted, as well as answer-beginnings to those questions:

I keep saying I would love an investigation because I know the outcome. It won’t be me.
I hope he comes after me. Look up my IP. Nothing to hide here.

I’d voluntarily hand anything they want over. Check me and my IP. Anything. I did not post that tweet. Weiner did it.

It could be solved in minutes why is no one but me asking for authorities?

At this point I’m seriously wondering if I can call the authorities myself and ask for investigation.

Whatever it takes to get it started. Fine with me. I just want it investigated. Someone please?

For what it’s worth, Ms. Cordova herself is inclined to believe Wolfe, as she tweeted earlier:

@patriotusa76 I’m sorry for saying your twitter name to nydn. You are a very annoying human being but I dont think you’re behind this.

On the flip side, there have been suggestions, and out right accusations, that this “hoax” was engineered by Andrew Breitbart and/or his staff of editors. We debunked some of this earlier, but it bears repeating that there is no credible evidence of this. While we may disagree about the way in which this story should be presented and pursued, there is no basis for such an accusation. Overzealous? Yes. Fabricators? No. It is also worth noting that they have acted far more responsibly than other right-wing blogs, taking pains to protect the identities of participants, where appropriate, and clearly separating fact from allegation.

There have also been unsavory suggestions about my involvement in this story, including one that I wrote Miss Cordova’s statement for her. While completely false, I mention it because her statement was sharply written, and I would have hated not to get credit for a line like this:

The point I am trying to make is that, contrary to the impression that I apparently gave from my tweet, I am not his girlfriend. Nor am I the wife, girlfriend or mistress of Barack Obama, Ray Allen or Cristiano Ronaldo, despite the fact that I have made similar assertions about them via Twitter.

The tide of this story has begun to swing in Rep. Weiner’s favor, for the time being, but once the weekend is over, and the cable news machine revs up, it’s anyone’s ballgame.

Update: Rep. Weiner is actually a lifelong Mets fan. To his credit, though, he intervenes on behalf of all of his constituents, baseball-wise. The point stands, though, that there are many explanations for the Seattle reference, and his hometown team’s presence there is just one example.