State Department: Tillerson Found Out He Was Fired From Trump’s Tweet

State Department: Tillerson Found Out He Was Fired From Trump’s Tweet 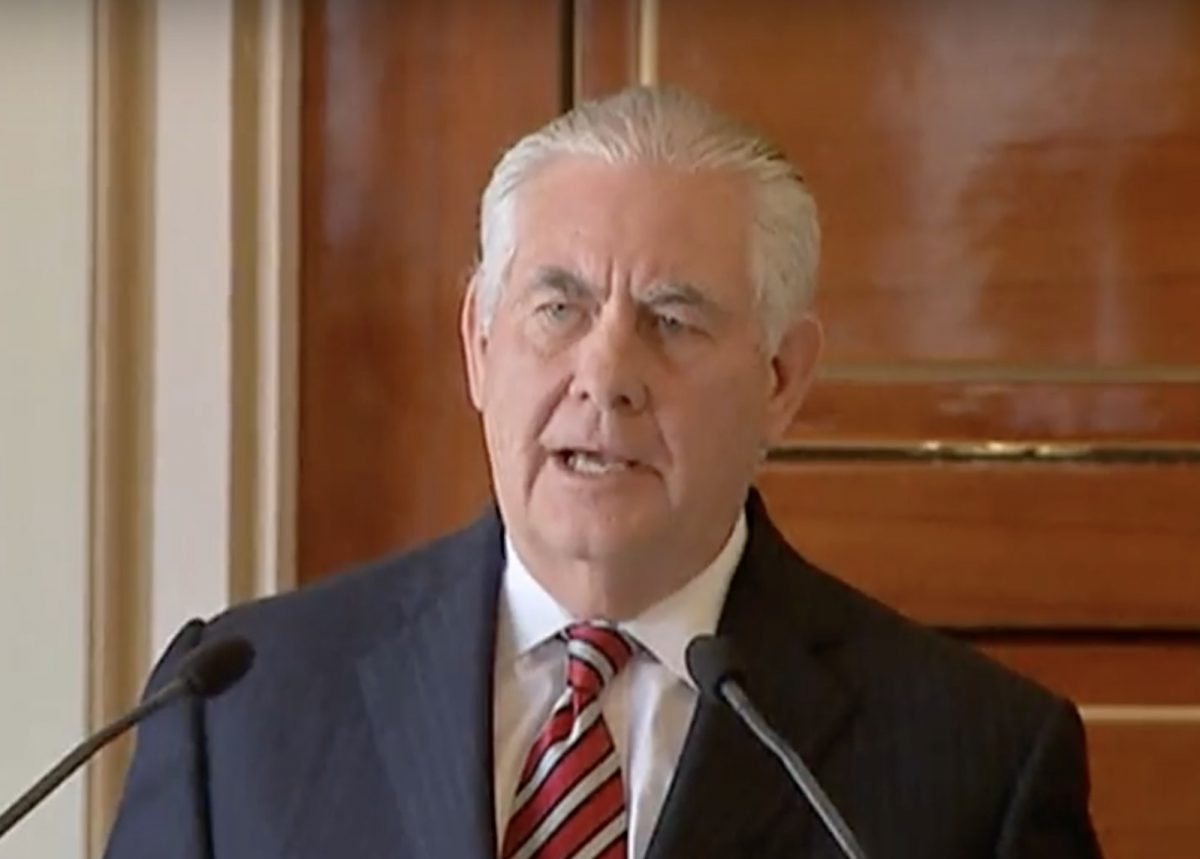 Rex Tillerson found out he was fired as Secretary of State from a President Donald Trump Tweet.

That’s not speculation. That’s not conjecture. That’s the official word from a State Department official, according to CNN.

Brian Stelter, Tuesday morning, tweeted reporting from his colleague Elise Labott — CNN’s Global Affairs correspondent. Labott reported that Steve Goldstein, the Undersecretary for Public Diplomacy, went on the record to say that Tillerson learned of his ouster from the Trump administration via tweet from the Commander in Chief.

From @eliselabottcnn: “Rex Tillerson found out that he was fired from the tweet from President Trump on Tuesday, according to Steve Goldstein, Undersecretary for public diplomacy”

News of Tillerson’s firing was broken by the Washington Post on Tuesday morning. Moments after that story hit the web, the president sent his Tweet confirming the news.

The Post reported that Trump asked Tillerson to step aside on Friday — but according to an official at the State Department, Tillerson received the message like we all did — via the president’s Twitter account.

Ashley Parker — who broke the story for the Post — added this to her reporting:

To add some context to what we know now: A White House official told Tillerson on Friday that, in short, his days were numbered. But it is still highly possible that Tillerson officially learned he was fired from news reports and Trump’s Tweet this morning.

This raises new questions about something many are speculating about on Twitter — whether Tillerson was fired because of comments he made Monday condemning Russia for attack in the U.K. on a former spy.