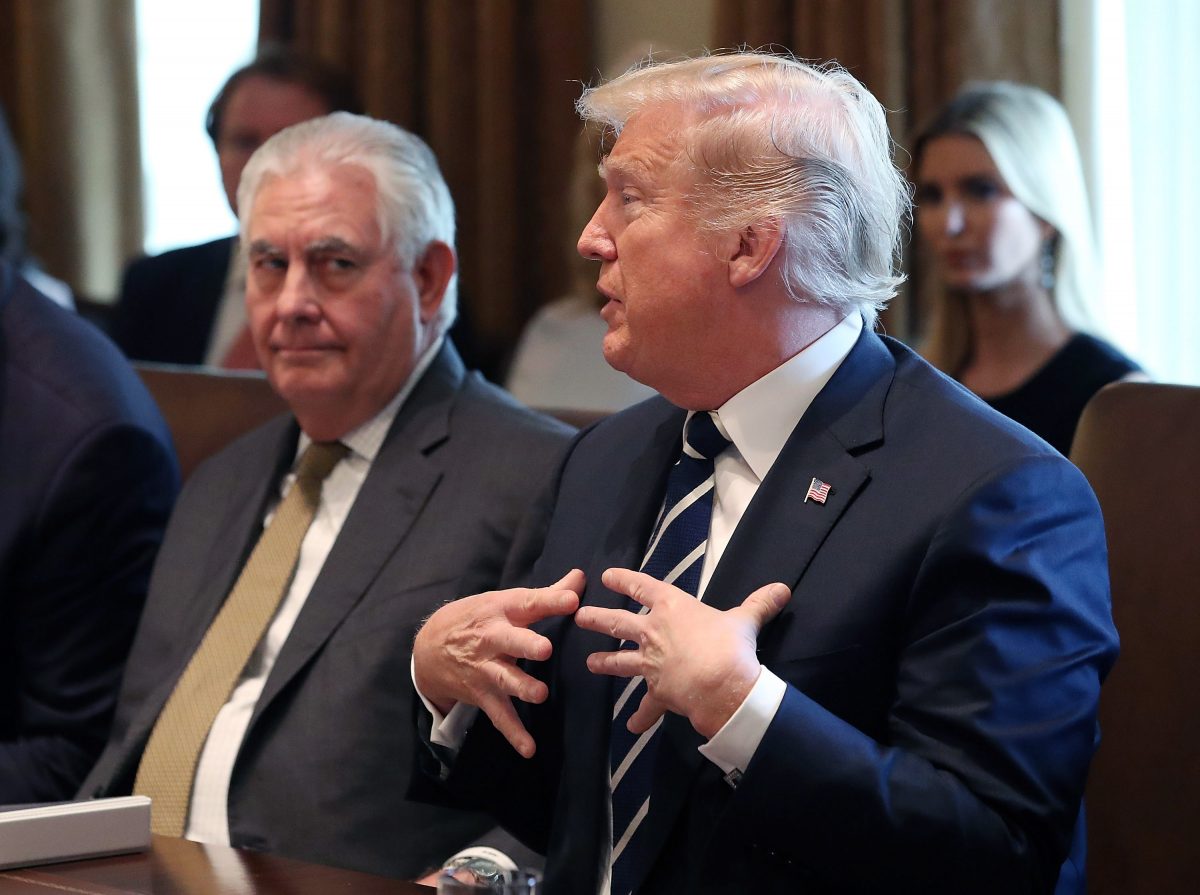 The Beltway was rocked, Tuesday morning, with the stunning news — first reported by the Washington Post and later confirmed by President Donald Trump on Twitter — that Secretary of State Rex Tillerson is out as the nation’s top diplomat.

Twitter absolutely lit up over the shocking news — with many pointing out that Tillerson went much further in condemning Russia than the White House did Monday over a chemical attack in the U.K. on a former Russian spy.

While the Post reported that Tillerson was asked on Friday to step aside, many have questioned the timing of the announcement coming the morning after his condemnations of Russia.

We got off the plane with Tillerson less than four hours ago. There was zero indication on flight home that this was imminent.

Here’s a sampling of the social media reaction.

“Oh, Rex, one more thing on your way out the door. NEVER blame Putin. Goodbye.” https://t.co/YD94VsCiNV

To be clear, Tillerson has been on the way out for a while. But timing sure is curious.

“From Ukraine to Syria — and now the UK — Russia continues to be an irresponsible force of instability in the world.”
Rex Tillerson, yesterday.
Gone today.

Rex Tillerson, recipient of the Russian Order of Friendship, canned by Trump for being too tough on Russia.

Only hours after Rex Tillerson gives @BorisJohnson strong US support for the UK’s position against Russia over the Salisbury attack, he is sacked by @realDonaldTrump. What is the US position now?