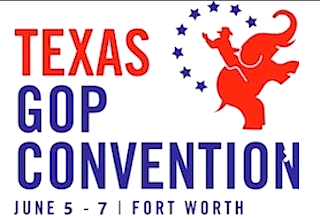 The 2014 Texas Republican Convention is currently underway in Fort Worth, and The Houston Chronicle got ahold of a draft of the party’s new platform. According to the document obtained by the paper, the Texas GOP is officially endorsing so-called “ex-gay” therapy practices that claim to “cure” homosexuality.

The Texas GOP initially made news by removing the language below from its platform:

“We affirm that the practice of homosexuality tears at the fabric of society and contributes to the breakdown of the family unit. Homosexual behavior is contrary to the fundamental, unchanging truths that have been ordained by God.”

However, that section has now been replaced with the below statement:

“We recognize the legitimacy and value of counseling which offers reparative therapy and treatment to patients who are seeking escape from the homosexual lifestyle. No laws or executive orders shall be imposed to limit or restrict access to this type of therapy.”

The American Psychological Association has deemed this type of therapy not only unlikely to work but also potentially harmful. “The task force conducted a systematic review of the peer-reviewed journal literature on sexual orientation change efforts (SOCE) and concluded that efforts to change sexual orientation are unlikely to be successful and involve some risk of harm, contrary to the claims of SOCE practitioners and advocates,” a task force recently determined.

Last year, Alan Chambers, the president of the country’s largest “ex-gay” ministry Exodus International, closed down the organization and apologized for “pain and hurt” it caused those who passed through its doors.