The Best American Cities for Liberals and Conservatives, Quantified

The Best American Cities for Liberals and Conservatives, Quantified 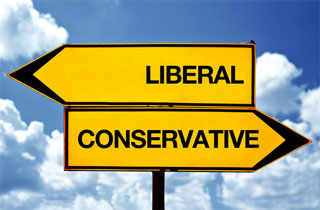 According to researchers, conservative nirvana exists, and it’s in Alabaster, Alabama.

In a list released by Livability.com of the ten most liberal, conservative, and centrist cities in the country, the Birmingham suburb topped the conservative list, followed by Crestview, Fla., Clinton, Utah, and Bristol, Tenn. (The liberal cities included Somerville, Mass., Boulder, Colo., and, unsurprisingly, Berkeley, Calif.).

Some of the results aren’t surprising: Liberals tend to live in college towns on the coasts, conservatives prefer the South and the Midwest, etc. But if your living situation depends on having everyone in your town believe in what you believe in, this list is useful.

The list is below, and you can go here for the full methodology:

[h/t The Week]
[Image via Shutterstock]