The Biggest Revelations from the Hillary Clinton Email Dump

The Biggest (and Funniest) Revelations from the Hillary Clinton Email Dump

At 9:00 PM Tuesday night, the State Department released the latest trove of Hillary Clinton‘s emails. Because Clinton selected which emails to turn over to State, there was never any chance of some huge smoking gun emerging. But reporters wading through the 3,000 pages of emails did manage to find some meatier parts.

First, the more amusing revelations, than the serious ones.

1. Hillary Clinton really doesn’t know how to work a fax machine. (Apparently, she thought the phone had to be off the hook to work.) 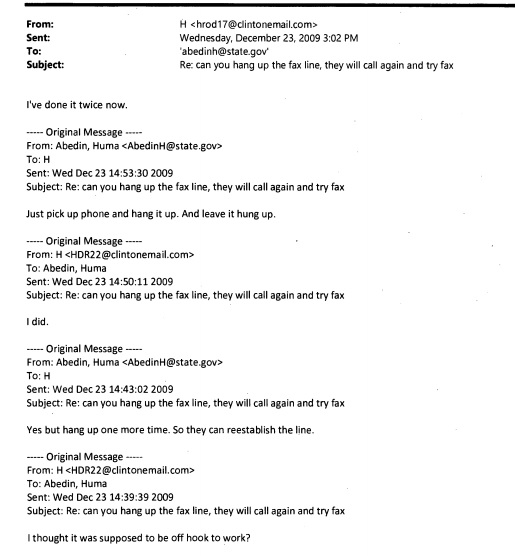 Grandmotherly affection aside, it’s likely Clinton is speaking in code here, perhaps saying that someone was getting “cold feet.”

Again, Santa might be nickname or code for someone who isn’t the fat, jolly incarnation of Christmas spirit.

4. She makes other people fetch her iced tea.

(I didn’t think this was all that noteworthy, but other outlets are having a heyday with it.)

1. Clinton had claimed that Sidney Blumenthal, the Clinton ally accused of influencing State Department policy for personal gain, was just an “old friend” who “sent me unsolicited emails.” But at least one email shows that Hillary actively sought Blumenthal out, even emailing him late into the night.

2. Former Obama advisor David Axelrod, who claimed he knew nothing about Hillary Clinton’s private email, has some explaining to do. 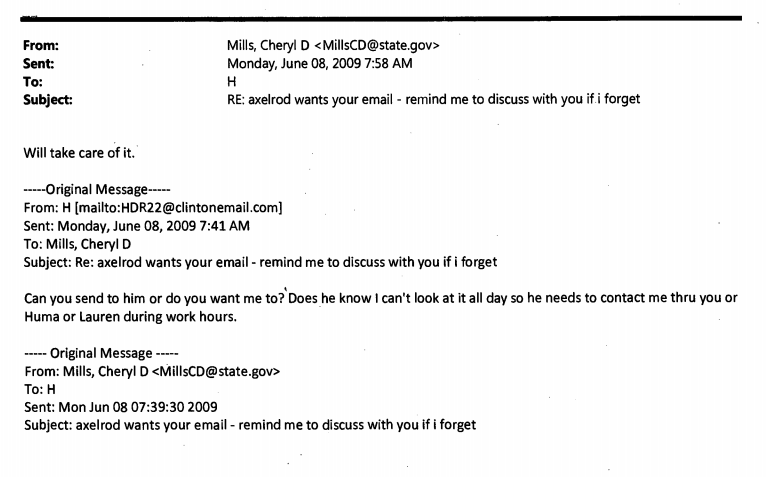