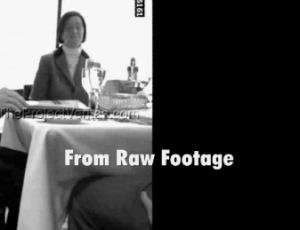 Yesterday, an excellent in-depth analysis was done on the NPR sting video from James O’Keefe’s Project Veritas group. By comparing the unedited footage with the version widely circulated, the analysis concluded that that Project Veritas’ editing of the tapes was “questionable” and “deceptive” enough to be “unethical” by journalism standpoints. This really shouldn’t be surprising to anyone who’s followed O’Keefe and the other “investigative journalists” he’s inspired from either political ideology. What is surprising, however, is who did the video analysis. It was completed by The Blaze, the news and opinion site founded by Glenn Beck.

The analysis was written up by The Blaze’s Scott Baker and conducted by their in-house video producer Pam Key. The resulting article found numerous conflicts between the source material (or raw footage) and what appears in the edited version, then showcases the differences in a series of short videos comparing the two. One clip shows much of what Ron Schiller (the NPR executive featured in the video) said about the Tea Party was actually a paraphrasing of what others have said.

This clip below shows that, in the actual meeting, the actors downplayed their involvement with the Muslim Brotherhood right after bringing it up. In the original video, this is excised, implying that Schiller had no problem hearing a blunt declaration of the Brotherhood connection.

While the content of the article is certainly interesting enough, the fact that The Blaze wrote it up is even more interesting. Who would have guessed when Glenn Beck announced that he was starting a news site, that that site would be the only ones to spend this much time in the defense of an NPR executive? Sure, any site that seems to have a set ideology may have a couple posts with a differing opinion and, yes, James O’Keefe isn’t exactly an untouchable figure in Conservative politics, but the clear amount of effort that The Blaze obviously expended on this project sets it apart.

The post hasn’t seemed to have drawn that much press yet, which is unfortunate, because its as clean and thorough a media criticism as you will ever find. Perhaps it’s because no one would think to look for an O’Keefe exposé on “the Glenn Beck news site.” However, with posts like this, ones that show a clear deference to one of their boss man’s favorite sayings, “the truth has no agenda,” The Blaze could very well stop being viewed as “the Glenn Beck news site” at all.