The Death of Meaning, or What the Hell Happened to Hypocrisy?

The Death of Meaning, or What the Hell Happened to Hypocrisy? 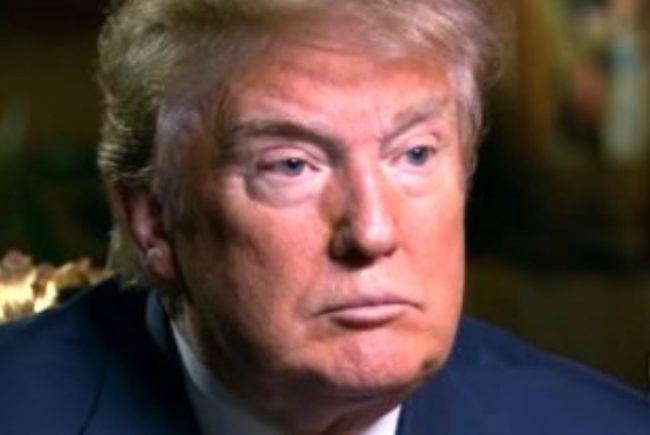 The news media, still clinging to memories of its former role in our Democratic Republic as the “fourth estate,” often likes to think of itself as the referees in an athletic contest. Take for example MSNBC’s current ad campaign featuring Chuck Todd bragging about how they perform those very duties in our political realm.

In the era of President Trump, however, things have changed. Taking the athletic metaphor further, there are currently several “game violations” that would have previously warranted major penalties and perhaps expulsion from the game itself. Violations are suddenly not being called at all or, even worse, “flags” are being basically ignored as the rules of the game have instantly changed. An no one even seems to know what they are anymore (just ask Billy Bush!), assuming they ever existed at all.

Several formerly clear-cut “fouls” fall into this category, but the one that has become most obviously obliterated by recent news is that of the crime of hypocrisy. Remember that one? Yeah, not long ago if a political figure said or did something that directly contradicted something they had said or done in the recent past there were consequences, often with significant costs, for the perpetrator.

To be fair, this was back in the olden days. Like, say, 2004 when John Kerry, who was otherwise enjoying protection by a liberally-biased media, lost the presidency because he gained a well-deserved reputation of being a “flip-flopper.” The funny thing about Kerry’s hypocrisy crimes is that compared to what our “leaders” routinely get away with today, his waffling was actually relatively minor in comparison. Kerry was basically an amateur in contrast to what we have seen in recent weeks.

Remember when Republicans thought it was important to be tough on Putin/Russia and Democrats didn’t give a damn about that?

I can even recall when Republicans were against “nuking” the Senate filibuster for Supreme Court nominees and ardently believed that just because an opening occurred that it didn’t necessarily entitle the president’s nominee to even a hearing. (I also seem to remember Democrats saying a lot of things about this subject, which they suddenly no longer seem to believe.)

Then there’s the issue of military action in Syria.

We have a president who has said many times in recent years that he is vehemently against involvement in Syria and believes in a reducing American commitments around the world. And yet within 48 hours — without even a real explanation for the drastic change in philosophy — he bombed Syria with the full support of several Republican lawmakers who had previously been against the idea and said that the president needed congressional approval for such action. Meanwhile, Democrat’s heads were spinning,  so confused and conflicted that most of them had no idea how to react.

We see routine hypocrisy all over the place these days and, much like traveling violations (which are almost never called in the NBA), no one seems to even care or notice. Heck, by an insane 49-28% margin, Trump voters actually think that the Syrian military strike was consistent with Trump’s past statements on the topic. (Spoiler Alert: there aren’t at all.)

As a life-long conservative, this phenomenon is particularly depressing for me as I have lived most of my life thinking that — while Republicans were hardly perfect — they at least they stood on principle more often than not and were less inconsistent than their Democratic foils. That is clearly no longer the case.

There are a myriad of reasons behind all of this, but most of the blame goes to the fragmentation of the now hyper-partisan “Our Team is Always Right, Even When They Change Their Mind for No Apparent Reason” media. It used to be that Republicans committed fewer “fouls” in general because they knew that the media refs were far more likely to blow the whistle on them.

But today, the only media Republicans, or at least President Trump, seem to really care about is the so-called “conservative” variety. After all, when Sean Hannity, one of the biggest hypocrites of them all these days, tells the Trump cult that the Syrian strikes are a great thing (even though he and Trump were against them under President Obama), we end up with a strong plurality of Trump voters wrongly assuming that there simply isn’t any hypocrisy there to begin with.

For Republicans, this is really just the beginning of this brand-new era. For instance, I can’t wait to hear from lawmakers who were elected as small-government deficit hawks (and who hated Obama’s “stimulus” program) about how awesome Trump’s coming trillion-dollar infrastructure spending plan is. Similarly, Democrats and the media will surely soon refocus attention to problems like homelessness and drug use, which somehow completely disappeared for the past eight years under Obama.

For the news media, this topic poses an existential threat. It is one thing to be shy to use your power to call penalties because you are afraid that no one may adhere to your edicts. It is even more devastating when you finally do throw the flag and the game simply continues on as if nothing has even happened.

And that is where we currently find ourselves. When almost nothing a public figure does or says needs be to remotely consistent with what they have done/said in the past, then nothing anyone does/says really matters, does it? And if nothing anyone does or says really matters, then what difference does any of this make? Once spectators realize that there is no rhyme or reason to how the game is played, won’t they eventually just tune out?

As a sports fan myself, if golf suddenly allowed “mulligans” and yesterday Justin Rose had been allowed to re-hit his wayward tee shot in yesterday’s playoff for The Masters, it would be exciting in the short run, but I would soon lose interest because I would know that nothing I was watching had any real drama or consequences attached to it.

Similarly, it would be ironic, and oh so typical of this crazy Trump era, if the President (aka the greatest thing to happen to the modern news media’s ratings) ends up being the very force which kills long-term interest in the game by exposing that nothing really matters. And that, therefore, there is no need to pay close attention.

And that would be, as the president often tweets, “Sad!”