The Media, Hoping for Christie Resignation from RGA, Crushed by His Record Fundraising Month

The Media, Hoping for Christie Resignation from RGA, Crushed by His Record Fundraising Month 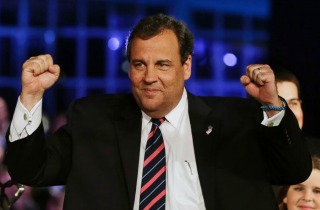 “The fact is right now, he’s a distraction to the RGA,” MSNBC’s Joe Scarborough said on Monday of Republican Governor’s Association Chairman Chris Christie. “If Republicans’ job is electing governors and you got a guy running the RGA that has Republican candidates running away from him, that’s a serious problem.”

Just 24 hours later, that “fact” appears to be more of an “opinion,” and a dubious one at that.

The RGA, presently chaired by the embattled New Jersey Governor, revealed on Tuesday that the committee tasked with electing Republicans to state-level office set a monthly fundraising record in January, even amid wall-to-wall coverage of Christie and his administration’s scandalous behavior.

RELATED: Scarborough to Gibbs: Christie’s ‘I Had No Idea’ Excuse Making Him Sound Like Barack Obama

Those who have demanded that Christie abandon his role as committee chair have based this claim on the fact that they presumed the scrutiny he was under would prevent him from performing his duties. This latest fundraising announcement, one certainly aimed at the governor’s critics, seems to suggest that this is not the case. For the time being, Christie’s ability to convince GOP donors to contribute to the cause appears relatively untarnished.

On Monday, Scarborough closed his musings on Christie’s political future with some advice for the governor. Christie needs, Scarborough said, “to sit down and do some soul-searching to see whether he wants to defend charges against him or continue this.”

But it would seem that it’s the RGA and its nervous gubernatorial candidates and incumbents who are better served by investing in that moment of quiet contemplation about their present position. Rather than asking themselves if they can compete in this election cycle with Christie, perhaps they should be wondering if they can compete without him.