The Media Should Cover Kermit Gosnell Murder Trial, And Cover It Responsibly
video

The Media Should Cover Kermit Gosnell Murder Trial, And Cover It Responsibly 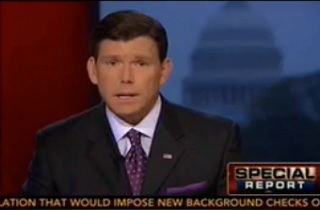 The first time I heard the name Kermit Gosnell was last night, and by the time I tried to catch up with the story this morning, there were already two stories in the works on this site. That tells me two things: that the story of a Philadelphia abortion doctor who stands accused of murdering babies who were born alive is probably about to (and should) break through into the mainstream media, and that it stands a great chance of being covered poorly. The latter fact could have more to do with the media’s blackout (to this point) than any supposed political bias, but covering tough stories is what we’re supposed to do. Some of the people pushing this story have an obvious political agenda, and while that’s no reason to ignore it, it’s also not an excuse to let that agenda dictate how this story gets covered.

A search of the TV Eyes database shows that, as of yesterday morning, the Kermit Gosnell story has been covered by local TV stations across the country over the past month, including affiliates of all three broadcast networks, but MSNBC has not mentioned the case, CNN covered it once, and Fox News has covered it only a handful of times on their hard news slate (there were two other mentions on opinion programs), including this March 21 report on Bret Baier‘s Special Report:

But it’s Fox News contributor Kirsten Powers who is leading the charge to get more media coverage of the Gosnell trial. From Powers’ USA Today op-ed:

Let me state the obvious. This should be front page news. When Rush Limbaugh attacked Sandra Fluke, there was non-stop media hysteria. The venerable NBC Nightly News’ Brian Williams intoned, “A firestorm of outrage from women after a crude tirade from Rush Limbaugh,” as he teased a segment on the brouhaha. Yet, accusations of babies having their heads severed — a major human rights story if there ever was one — doesn’t make the cut.

Kirsten Powers makes it plain, elsewhere in the piece, that her interest in garnering wider coverage for this story is explicitly political (not that there’s anything wrong with that; placing news events in such a context is our job), noting that “Regardless of such quibbles, about whether Gosnell was killing the infants one second after they left the womb instead of partially inside or completely inside the womb — as in a routine late-term abortion — is merely a matter of geography. That one is murder and the other is a legal procedure is morally irreconcilable.”

It is the comparison to Sandra Fluke, however, that fails as media criticism. A better comparison, from a news value standpoint, would be the Jodi Arias murder trial, which has been mentioned 853 times on CNN’s air, 603 times by Fox News, and 59 times by MSNBC. Powers did make the Arias comparison elsewhere, but it would have made her op-ed much stronger.

The Gosnell story is sickening, to be sure, and that fact alone doesn’t make it newsworthy, nor does its relative value as a tool in the abortion rights debate. The Atlantic‘s Conor Friedersdorf makes the case for newsworthiness in the most succinct terms possible, and that takes five long paragraphs. He declines to assign a motive for the lack of coverage, but I suspect that it’s the complexity of the story, which exacerbates the already-thorny politics of it, that have warned the national media off of it.

That Fox News report is a pretty good example of how this story should be covered, presenting the allegations in relatively restrained terms, the defense’s claims, and fairly, if briefly, framing the political arguments that arise from it. Once this story begins to get lengthier coverage, however, threading that needle becomes more difficult.

Abortion rights opponents are already using this case to argue against abortion rights, and news outlets should take care not to conflate, or allow panelists to conflate, what this doctor is accused of with the legal, necessary medical care provided by people like the late Dr. George Tiller. Kirsten Powers makes a clear distinction when making her moral argument; others attempt to blur the line. It is easy to demonize legal late-term abortions, because nobody “likes” them, but sometimes, even conservatives need them. Just because it is difficult to present this discussion fairly is no reason to shrink from it.

The Gosnell case is also being used to resurrect a lie that was told during the last two presidential campaigns, and which went virtually unchallenged by the media: that then-State Sen. Barack Obama once voted to “legalize infanticide.” It’s not true, and anyone who doubts it can refer to the Fox News report above, which points out that “under federal law, under the Born Alive Infant Protection Act, that child is a person, and entitled to all protections of federal law.”

As Obama explained at the time, he voted against a measure that duplicated federal law, but which contained language he believed would weaken abortion rights. “Infanticide” was already, and is now, illegal.

That’s why I was surprised to learn that, on Thursday night’s edition of Special Report, Bret Baier moderated a panel discussion during which Jonah Goldberg repeated that exact lie, saying that ” The official position of the President of the United States, when he was a state senator in Illinois, was that what they were doing in Gosnell’s place, maybe it was poorly regulated, but otherwise, it was okay.”

This was really a twofer, as Goldberg (and then Charles Krauthammer) conflated legal abortion procedures with what Gosnell is accused of. Kirsten Powers was on hand, as well (where she made the cannier Jodi Arias comparison), but neither Powers nor hard news anchor Bret Baier corrected the lies:

If conservatives want to have a conversation about late-term abortions, that’s fair enough, but the mainstream news media need to make sure it is an honest conversation, and that they don’t allow themselves to become tools of a political agenda to de facto ban abortions through the use of bad faith trap laws. They should also be wary of stoking outrage against legal abortion providers, because we’ve already seen how that turns out.