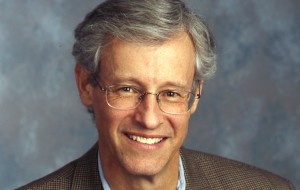 With an already messy primary season underway, many reporters have been bombarded with statements and messages that accuse other public figures of half-truths and outright lies. Politicians, in particular, are constantly bringing up things the other one said or did in the past, some which hold no truth at all. If you’ve heard Newt Gingrich throw around the number of Pinocchios other candidates have been given, you likely understand that these quasi-fibs are everywhere.

On Thursday, Arthur S. Brisbane, the public editor of the New York Times, posed an interesting thought. “I’m looking for reader input,” Brisbane writes, “on whether and when New York Times news reporters should challenge ‘facts’ that are asserted by newsmakers they write about.” He cited the example of Mitt Romney, on the campaign trail, saying that President Obama has made speeches “apologizing for America.” The Times has used a fact-check sidebar in some of its reporting, but Brisbane wanted to know if readers would rather have the reporter add a paragraph like:

“The president has never used the word ‘apologize’ in a speech about U.S. policy or history. Any assertion that he has apologized for U.S. actions rests on a misleading interpretation of the president’s words.”

Brisbane added that readers have expressed an exhaustion with “the distortions and evasions that are common in public life,” and would rather the Times note the Romney-esque untruths in the body of the story, not off to the side, or in another section. In short, Brisbane notes, readers, “worry less about reporters imposing their judgment on what is false and what is true.”

It’s a great idea to get feedback from readers on something like this, but Brisbane is likely going to get hammered for the title of the story. Instead of creating an easily forward-able and tweeted headline — which looks like it implies the Times is lazy with its fact-checks — he could have simply just asked, “Where Would You Like Your Fact-Checks?” and run with that. Because it seems like they actually do the fact-checking, just not in the body of the story (although he did ask whether reporters should challenge the maybe-false statements)

Either way, this hard-hitting analysis of Brisbane’s work is, of course, coming from a man who spent 10 minutes this morning wondering if we should put “penis” in the Mitt Romney/C-SPAN headline, but, from the outside, it looks like Brisbane’s intent was good, he just may get hammered a little bit today by people eager to jump on the Times, for whatever reason, before they pull back and actually read the article.