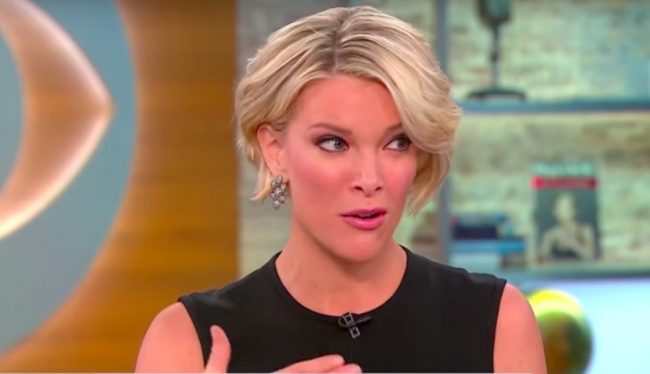 It’s no secret that Megyn Kelly’s much hyped interview with Vladimir Putin has had some seriously mixed reviews. Our own John Ziegler cited lack of follow up questions among several other sharp critiques in his take. I’ll add that it was on the soft side too. No mention of LGBT murders in Muslim Chechnya, and precious little on the journalists like her who Putin regularly has killed. The two were so chummy off camera that Kelly’s network colleague, Savannah Guthrie, even joked on air to Kelly’s face that Putin might be sending her a Christmas card.

The Root, however, had a different take. In, Sunday Night With Megyn Kelly Is What Happens When Mediocrity and Whiteness Come Together, writer Michael Arceneaux managed to mangle an at times insightful analysis of the interview alongside a hastily grafted racial spin. The result was something of a Frankenstein’s monster of legitimate media criticism and leftist identity pandering.

Rather than lead with say — the news, Arceneaux made it known right off the bat that Kelly’s first crime, her original sin, was her whiteness.

From his opening paragraph:

We’re supposed to forget that while at FOX News, she was smug, condescending, and, yes, racist throughout her stint there. The days in which she wanted it to be known that Santa is white and that’s that. OK, Megyn Kelly, Santa Claus is still white, but are you also still fixated on a false, lily-white aesthetic for Jesus? Do you still think that black teenage girls tackled by police more or less have it coming? Is the New Black Panther Party still out to get white folks at a polling station near you? Do you still believe that former first lady Michelle Obama helps perpetuate a culture of victimization? Or, if it’s easier, how do you feel about all the racist things you’ve said over the years?

Never mind that there are a lot of claims here cited without evidence. Kelly’s silly years-old quip about “white santa” is being used to delegitimize a host of other complex issues which the author is no doubt taking out of context.

Perhaps the greatest tragedy of the modern left has been its propensity to move away from the traditional economic issues which joined people of all races and creeds and to embrace the Balkanized politics of identity. It is from this wellspring that Mr. Arceneaux’s piece derives its inspiration. The intersectional coalition pitting everyone against oppressive “cisgender” white people is both intellectually dishonest and counterproductive. Fetishizing these arbitrary distinctions may feel good, but come straight out of the playbook of robber barons, colonialists and plantation owners.

Megyn Kelly didn’t deliver the best interview, and maybe it’s because she is a mediocrity who rose above her skills off a lucky viral moment with Trump. There’s an argument to be made. But the real reason she managed to “push Tamron Hall and Al Roker out of their successful third hour of Today,” as Arceneaux whined, had nothing to do with whiteness and everything to do with ratings and celebrity. It wasn’t whiteness that vaulted April Ryan from complete obscurity into a regular CNN panelist, but a tough exchange with Sean Spicer — Ryan and Kelly are both just riding the wave as far as it will take them.

By offering what is in essence a racist critique of his own, Mr. Arceneaux defeats whatever point he was trying to make.

Full disclosure: The author of this piece is white.