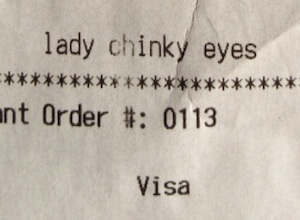 Papa John’s is apologizing after a New York franchise handed a customer a receipt with a racial slur. Minhee Cho had ordered a small pepperoni pie Friday night, when she noticed the offensive missive sprawled on the receipt. 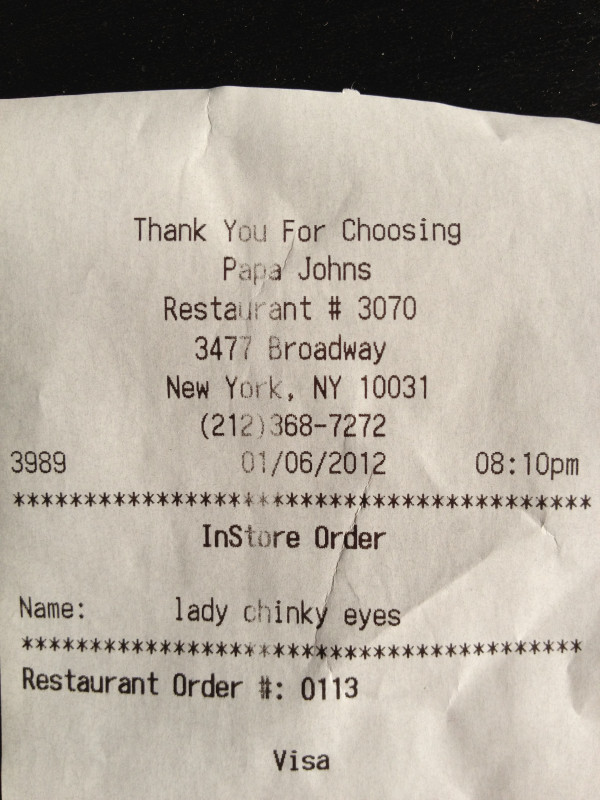 Angered by the employee’s racism, Cho tweeted at Papa John’s, sending them a photo of the receipt in question.

The tweet soon went viral and the picture has been viewed hundreds of thousands of times.

We were extremely concerned to learn of the receipt issue in New York. This act goes against our company values, and we’ve confirmed with the franchisee that this matter was addressed immediately and that the employee is being terminated. We are truly sorry for this customer’s experience.

This is the second incident involving Asian-American targeted racism to occur at a Fast Food restaurant in recent weeks. In December, a Chick-fil-A in Irvine, California gave two Asian-American students receipts with the terms “Ching” and “Chong”.

UPDATE: According to Gothamist’s Ben Yakas, Papa John’s “fired the 16-year-old high school girl who wrote it.” The New York Post notes that employees at the pizza franchise believed the woman overreacted: “I think the lady put it out there just to get some attention—some people like that type of attention,” said a manager. “I truly don’t think it’s fair. It’s been taking up all our time. It’s been very disruptive.”