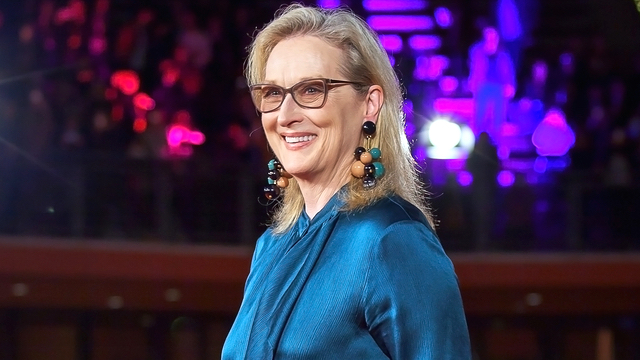 The photo might not be new — but the Internet’s obsession with it is — and it’s taking over Twitter. A 2015 picture of Meryl Streep cheering for the late Debbie Reynolds from that year’s Screen Actors Guild Awards made its way around the web over the weekend, and people can’t get enough.

People have been pairing the photo with song lyrics, and the results are pretty great:

Missy: “If its worth it then let me work it I put my thang down flip it and reverse it”

Shang: Lets get down to business

TV: I have a structured settlement but I need cash now…..

TV: I have a structured settlement but I need cash now…..

The Killers: It started out with a kiss, how did it end up like this?

Britney: my loneliness is killin me

Britney: I must confess, I still believe

The TV: She had style! She had flair! She was there! That’s how she became

Kanye: “If you ain’t no punk, holla we want prenup”

Me: “WE WANT PRENUP” pic.twitter.com/jW22uabGST

Nelly: “If u wanna go and get high with me, smoke a L in the back of the benz-E, oh why must I feel this way?

DJ at middle school dance: TO THE WINDOWWWW

154 7th graders: TO THE WALL pic.twitter.com/Vr7nukvUAD