The Comey Hearing Exposed Abject Hypocrisy On All Sides
Opinion

The Comey Hearing Exposed Abject Hypocrisy On All Sides 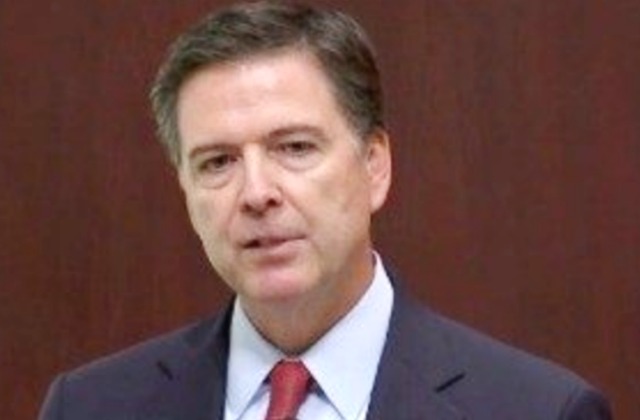 Of all of the corrosive elements of Donald Trump somehow becoming President of the United States, two of the worst are that he has completely desensitized our gauge of what it outrageous and has totally eliminated hypocrisy from the list of mortal political sins. Both of these scary realities were on full display at the much-hyped congressional hearing today that featured FBI Director James Comey.

There were two major headlines from this highly-orchestrated television spectacle. The first was that Comey officially confirmed that there is an investigation into possible coordination between the Trump campaign and Russia. The second was that to the surprise of no one with a lick of common sense, there is no evidence to back up Trump’s absurd claim that he had been “wiretapped” by the Obama administration.

In the remotely rational world of say maybe a year ago, these two stories would shake a new president to their knees and maybe lay the foundation for their resignation or impeachment. However, since we no longer live in such a place, neither of those two things will happen, at least while Republicans control Congress.

Instead, the biggest takeaway from this hearing is how it perfectly exposed what massive hypocrites everyone involved in this fiasco really is and how politics is now nothing more than the art of figuring out a way to cheerlead for your team no matter what the given circumstances are.

As a conservative (as the term used to be used prior to Trump winning the GOP nomination), I’m personally most offended by the staggering brand of Republican hypocrisy on display here, not just by lawmakers, but by the right-wing media and the base of support itself.

Imagine, if you will, the GOP reaction to Hillary Clinton winning the election and then finding out that Russia had clearly helped her cause. Then finding out that the FBI was investigating whether her campaign had coordinated with them! How about if, on top of that, Hillary had been super sweet on Vladimir Putin, had to fire several close aides (including her National Security Advisor) due to Russian contacts, and had accused a Republican of “wiretapping” her during the election, even implicating our closest foreign ally, with zero evidence/logic, all to distract from the Russia story?!

Sean Hannity, Rush Limbaugh, and Mark Levin would be going bat-crap crazy while figuratively arming their audiences with pitchforks and torches. Trump himself would be claiming 24/7 that his warnings of a “rigged” election (Remember that? Good times…) had been vindicated. It would be a crisis of unprecedented proportions as the right claimed that our very sovereignty had been sold out to our most dangerous geopolitical enemy.

Instead, the GOP focus today was almost solely on finding out who leaked the proof that that former National Security Advisor Mike Flynn had lied about his conversations with Russia, thus forcing Trump to fire (while praising) him 15 days after he already knew this to have been true.

Seriously? This is supposedly the party of Ronald “Tear Down This Wall!” Reagan?

Meanwhile, Fox News, like a cheerleader giving her team’s injured star player a massage, actually had an extended segment this morning on whether American families really want to hear these Russian reports, even dubbing them — bizarrely — as “News You Can’t Use.”

Trump cult members, who not long ago praised Comey for his letters to Congress just before the election (which many observers, including myself, thought swung the election to Trump), will now surely decide that the FBI Director is a Democrat shill simply out to get their savior. After all, Trump already warned his cult not to listen to the “fake news” that would come out about this.

While not quite as dramatic, the Democrats are also total hypocrites where all of this is concerned. Seeing them pretend that coziness with Russia is now proof of the worst kind of nefariousness is rather hilarious. After all, this is coming from a party whose hero for the past eight years, Barack Obama, had been soft on Russia and even got caught on camera before the 2012 election (please don’t tell the news media, it might shock them) telling a Russian envoy that he would have “more flexibility” to give them what they wanted after he won.

Even Comey himself is a bit of a hypocrite in all of this. I realize that part of why he felt (wrongly, in my view) compelled to send that infamous letter to Congress about a Clinton email investigation, which was very likely to lead to absolutely nothing, was that he had previously testified on the subject. However, it is hard to understand how this Russian investigation, which surely had begun before the campaign was over, didn’t at least rise to the same level importance to provoke a public notification.

It sure seems like Comey chose to divulge the Clinton info because he was covering his own backside and because it wasn’t nearly as explosive as the Russian investigation. It feels like Hillary got called out for something she might have done (but didn’t) simply because the allegation wasn’t as potentially devastating as the idea of the Trump campaign coordinating with Russia.

The bottom line here is that no one comes out looking good and the only entity that really wins here is the news media, who will now be able to freely cover this Russian angle with full credibility (especially whenever news is slow), at least from now until further notice from Comey.

You asked for this, Middle America. Congratulations!