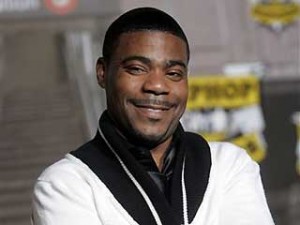 Over the weekend, Facebook user Kevin Rogers posted a note about a recent set he attended by comedian and 30 Rock actor Tracy Morgan at Nashville’s Ryman Auditorium.

You can read Rogers’ full account from that night on Facebook, but here’s the gist of it (note that the language used – I’m leaving it uncensored – may be offensive to some readers):

He said if his son that was gay he better come home and talk to him like a man and not [he mimicked a gay, high pitched voice] or he would pull out a knife and stab that little N (one word I refuse to use) to death. He mentioned that Barack Obama needed to man up and quit being all down with this just because he has a wife and two daughters. All of this being followed by thunderous cheer and “You go Tracys”. Tracy then said he didn’t fucking care if he pissed off some gays, because if they can take a fucking dick up their ass… they can take a fucking joke.

The sad thing is that none of this rant was a joke. His entire demeanor changed during that portion of the night. He was truly filled with some hate towards us. As far as I could see 10 to 15 people walked out. I had to fight myself to stay seated, but I knew if I got up… he won. He wanted to piss people off and get a rise.

Rogers later contacted “Truth Wins Out,” (an organization committed to, in its own words, “fighting anti-gay lies and the ex-gay myth“), which promptly issued a release on its website calling for Morgan (and 30 Rock producer Tina Fey, who has long been a supporter of LGBT causes) to respond to Rogers’ account of that night. So far, Morgan’s people have responded with a simple “No comment.”

This isn’t the first time Morgan has been called out for going on an anti-gay rant during a show. Back in 2009, Morgan’s performance at New York City’s Carnegie Hall inspired several in the audience to walk out. Of course, it’s anyone’s guess as to whether the walk-outs happened because he announced his belief that homosexuality is a choice or because those in attendance were unfamiliar with Morgan’s live act, knowing him only as his absurd yet cuddly TV alter ego, Tracy Jordan.

The incident brings up many questions about the nature of comedy and the difference between making a joke about homophobia (or racism or sexism or what-have-you), and making homophobic jokes and whether being given a platform to make people laugh (and, occasionally, think) runs the risk of allowing a performer to use what can be perceived by some as hate speech. And, of course, there’s the matter of whether, as a public figure, Morgan owes anything to his fans, be it an apology or a concerted effort to change his act in accordance with negative reaction from a segment of his viewership.

We’ll let you know whether Morgan or Fey’s people offer any additional response.

Our sister site GossipCop has a comment from Morgan about the incident:

I want to apologize to my fans and the gay & lesbian community for my choice of words at my recent stand-up act in Nashville.

I’m not a hateful person and don’t condone any kind of violence against others.

While I am an equal opportunity jokester, and my friends know what is in my heart, even in a comedy club this clearly went too far and was not funny in any context.