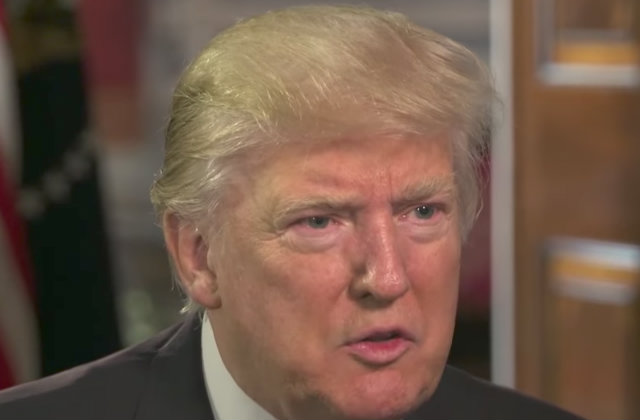 Earlier this week, the political world was absolutely stunned when Sen. John McCain (R-AZ) dramatically voted against the Senate Republicans’ “skinny repeal,” placing the GOP’s attempt to get rid of Obamacare on its death bed. This followed the passing of a motion to proceed with the debate but the sound defeat of a repeal and replace bill.

Well, President Donald Trump isn’t happy with the crash and burn of GOP health care reform, and he took to Twitter this morning to make his frustration known. And his ire was pointed directly at Senate Republicans.

In a series of five tweets, he demanded that GOP leaders change the Senate rules to get rid of the legislative filibuster so that anything can pass with 51 votes.

Republican Senate must get rid of 60 vote NOW! It is killing the R Party, allows 8 Dems to control country. 200 Bills sit in Senate. A JOKE!

Republicans in the Senate will NEVER win if they don't go to a 51 vote majority NOW. They look like fools and are just wasting time……

If the Senate Democrats ever got the chance, they would switch to a 51 majority vote in first minute. They are laughing at R's. MAKE CHANGE!

Of course, it should be pointed out that none of the health care bills that came up for a vote in the Senate this week reached a simple majority.

It will be interesting to see how Senate Majority leaders Mitch McConnell or other senior GOP senators react to this latest tweetstorm by the president.