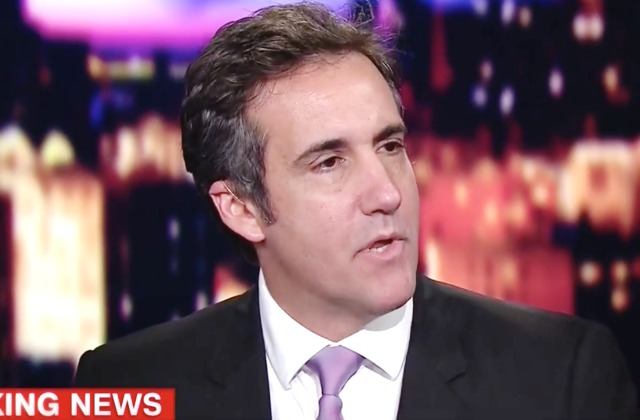 A new bombshell report details how the Trump Organization’s executive vice president corresponded with one of Vladimir Putin‘s top aides last year, asking for help with a deal to open a Trump Tower building in Moscow.

Washington Post reported on an email Trump attorney Michael Cohen sent to Kremlin spokesman Dmitry Peskov with a request for assistance with Donald Trump‘s business interests. According to a source familiar with the email, Cohen wanted to arrange a meeting with officials about moving the construction project along after it stalled over complications with land development permits.

Here’s the email, as reported by WaPo:

“Over the past few months I have been working with a company based in Russia regarding the development of a Trump Tower – Moscow project in Moscow City…Without getting into lengthy specifics. the communication between our two sides has stalled.

As this project is too important, I am hereby requesting your assistance. I respectfully request someone, preferably you, contact me so that I might discuss the specifics as well as arranging meetings with the appropriate individuals. I thank you in advance for your assistance and look forward to hearing from you soon.”

The Cohen email seems to be the most direct 2016 interaction between Trump and Putin officials to date, and the financial implications may raise new questions for the ongoing investigations of Russian election interference.

In a statement to WaPo, Cohen said that fellow Trump associate Felix Sater told him to seek approval for the project from the Russian government, and that the project fell through in early 2016.

The latest report comes after a series of email releases showed that Sater talked to Cohen about how he could get Putin to help the real estate mogul become president. This also comes after the revelations that the president’s son, Donald Trump Jr., once called a meeting between his father’s staff and Russian officials who promised him information that could cripple Hillary Clinton.