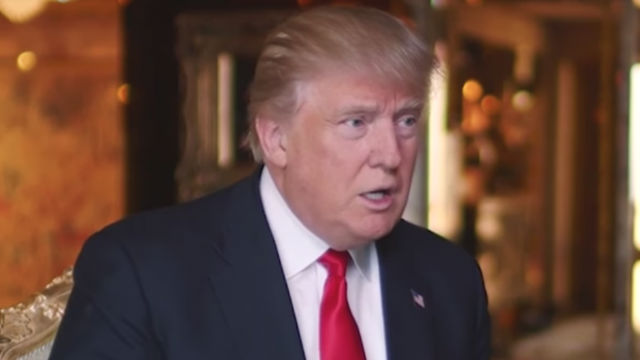 “Wow, even I didn’t realize we did so much. Wish the Fake News would report! Thank you,” tweeted the president — promoting an article from a site that believes Seth Rich was “murdered” by Hillary Clinton and banking is corrupted by “certain bloodlines.”

Wow, even I didn’t realize we did so much. Wish the Fake News would report! Thank you. https://t.co/ApVbu2b0Jd

The front page of the website is titled “President Donald Trump’s Accomplishment List.” This page touts articles — in a Drudge Report style format — that supposedly reflect the president’s successes on the economy, crime, and business.

However, things get significantly stranger and disturbing when examining MAGAPill’s Twitter account, as the site obsesses over conspiracy theories — including the idea that Luciferianism, in part, controls the world, along with George Soros and the Vatican.

Ironically, Trump’s tweet praising the work of MAGAPill came just after a post in which he attacked CNN as “fake news.”

While this is far from the first antisemitic or racist Twitter account Trump has promoted in his tweets, that commonality didn’t stop many from heaping critism, mockery, and attacks on the president:

I read a take today on how it’s the media’s fault that Roy Moore might win because GOP voters have rightly come to mistrust all journalists, so I’m glad the Republican president is out there promoting https://t.co/INz9zg7Yae as a news source pic.twitter.com/A9R5Saa2t1

Our president is quote tweeting a handle called @MAGAPILL I want you to all let that sit in for a minute. https://t.co/Lknq1AWOOO

Here the president is quoting trusted news source and Pulitzer-prize-winning publication MAGA Pill, which no one has ever heard of until this moment, because Trumpworld. pic.twitter.com/0VEQOMiYml