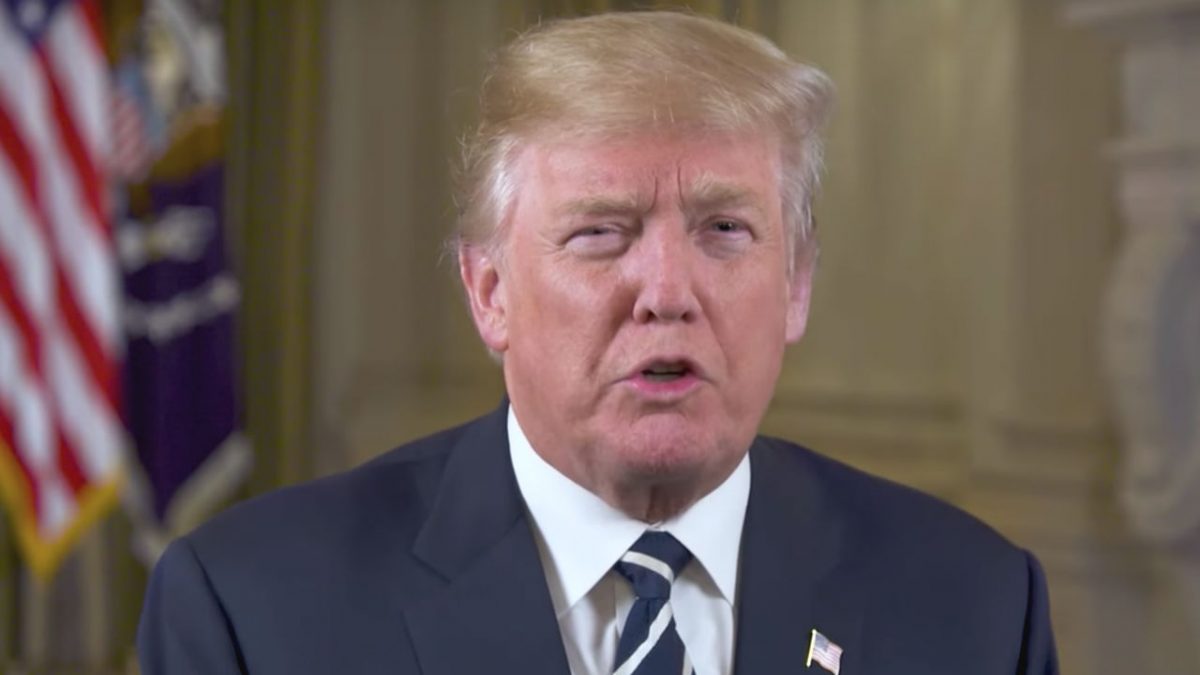 President Trump really doesn’t like Amazon, and a report on that may have impacted the company’s stock today.

The tech behemoth Trump wants to go after is Amazon, according to five sources who’ve discussed it with him. “He’s obsessed with Amazon,” a source said. “Obsessed”…

Trump’s wealthy friends tell him Amazon is destroying their businesses. His real estate buddies tell him — and he agrees — that Amazon is killing shopping malls and brick-and-mortar retailers.

One source said, “He’s wondered aloud if there may be any way to go after Amazon with antitrust or competition law.”

Trump has publicly gone after Amazon on Twitter before:

The #AmazonWashingtonPost, sometimes referred to as the guardian of Amazon not paying internet taxes (which they should) is FAKE NEWS!

It's hard to read the Failing New York Times or the Amazon Washington Post because every story/opinion, even if should be positive, is bad!

It's hard to read the Failing New York Times or the Amazon Washington Post because every story/opinion, even if should be positive, is bad!

Is Fake News Washington Post being used as a lobbyist weapon against Congress to keep Politicians from looking into Amazon no-tax monopoly?

Amazon is doing great damage to tax paying retailers. Towns, cities and states throughout the U.S. are being hurt – many jobs being lost!

Why is the United States Post Office, which is losing many billions of dollars a year, while charging Amazon and others so little to deliver their packages, making Amazon richer and the Post Office dumber and poorer? Should be charging MUCH MORE!

Another source told Axios, “It’s been explained to him in multiple meetings that his perception is inaccurate and that the post office actually makes a ton of money from Amazon.”

After Axios’ report dropped, according to CNBC, shares of Amazon fell by 4.6 percent.